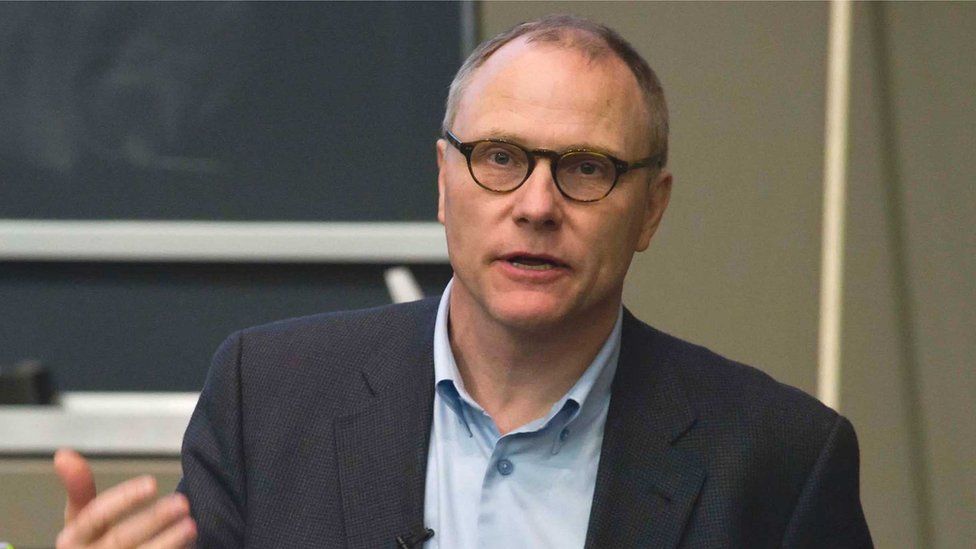 David Card, Joshua Angrist and Guido Imbens have been awarded this year’s Nobel prize for economics for work that “challenged conventional wisdom”.

The trio shared the prize for pioneering work in the use of “natural experiments”.

Natural experiments use real-life situations to work out the impact of government decisions.

Prof Card is best known for his study of the impact of minimum wage increases on employment in US states.

His findings prompted researchers to review their opinion that such increases always lead to falls in employment.

Economists cannot run lab experiments to test their theories, so have to rely on theoretical models and the examination of complex, real life situations.

The winners’ work had “substantially improved our ability to answer key causal questions, which has been of great benefit to society,” said Peter Fredriksson, chair of the Economic Sciences Prize Committee.

Canadian-born Prof Card, who works at University of California, Berkeley, receives half of the 10 million Swedish crowns (£839,000) prize, while Israeli-American Joshua Angrist from MIT and Guido Imbens, a Dutch academic at Stanford University, share the other half.

Their work solved methodological problems to show that precise conclusions about cause and effect can be drawn from natural experiments.

Speaking to reporters, Prof Imbens said he was “absolutely thrilled to hear the news, in particular… hearing that I got to share this with Joshua Angrist and David Card who are both very good friends of mine”.

He added that Prof Angrist had been the best man at his wedding. “I’m just thrilled to share the prize with both him and David.”

Prof Card initially thought the news of the award was “a joke” played on him by an old high school friend, he told the BBC.

His work on the minimum wage was conducted at Princeton in the 1980s in collaboration with Alan Krueger, who went on to become assistant secretary of the Treasury under President Obama.

They surveyed restaurants in New Jersey before and after the introduction of a minimum wage in the state, an approach that was quite unusual at the time, Prof Card said.

But he said their findings, that the minimum wage had not led to significant job losses, was not immediately accepted.

“People thought we were either cooking the books or had lost our minds or did something untoward or foolish,” he said.

However the methodology, of collecting and analysing real world data, opened people’s eyes to a new way of analysing the economy, he said.

His subsequent work has included the impact of immigration on domestic employment in the US and how company wage policies determine gender and ethnic pay gaps.

Taken together, the work by the three economists “revolutionised empirical work” in economics, the Nobel award committee said.

Although not one of the original Nobel Prizes, the economics award is administered by the Nobel Foundation and is the last to be announced each year.

The other Nobel prizes were established by Alfred Nobel’s will in 1895.

The economics prize, officially known as the Sveriges Riksbank (Sweden’s central bank) Prize in Economic Sciences in Memory of Alfred Nobel, was created in 1968.

Last year, the prize was won by Paul Milgrom and Robert Wilson of Stanford University for their work on making auctions run more efficiently.

They used game theory, which uses mathematics to study decision-making conflict, and strategy in social situation, to explore the behaviour of bidders, which in turn helped in developing formats for the sale of aircraft landing slots, radio spectrums, and emissions trading.

In 2019, it was awarded to Abhijit Banerjee, Esther Duflo and Michael Kremer, for their work on the causes and remedies of poverty.