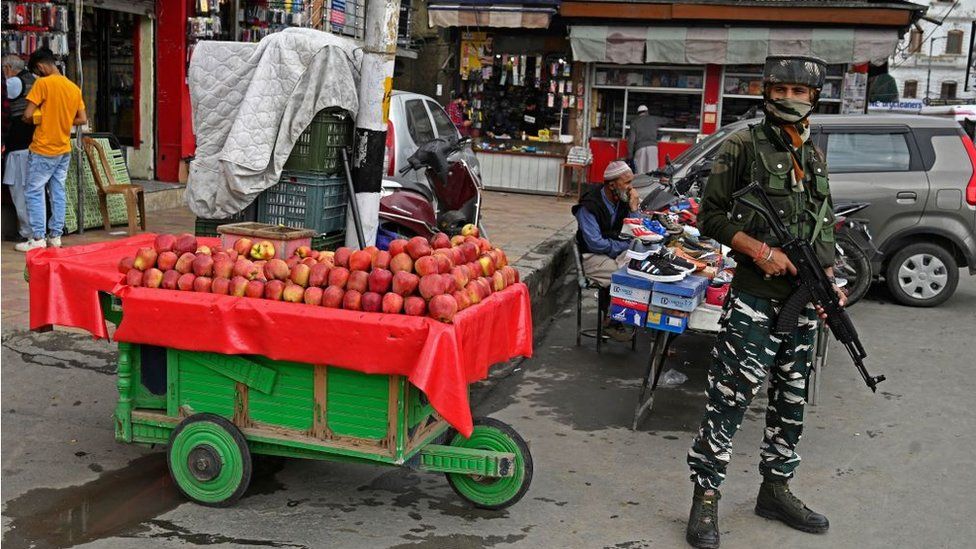 The Indian army says five of its personnel have been shot dead by suspected militants in Indian-administered Kashmir.

They were killed after fighting erupted during a search operation on Monday close to the Line of Control, which separates Indian- and Pakistan-controlled Kashmir.

It is said to be the deadliest attack on army forces since February.

Tensions have escalated amid a wave of civilian killings by suspected rebels.

Soldiers surrounded a village in the district of Poonch after reports that armed insurgents were hiding there, officials in Indian-administered Kashmir said.

An officer and four other soldiers were killed during the search operation, which is ongoing, army spokesman Lt Colonel Devender Anand said.

Politicians across the region condemned the attacks.

Indian security forces shot dead a suspected militant from The Resistance Front (TRF) which Indian authorities believe is backed by Pakistan and behind the recent civilian casualties.

More than 400 people have been taken in for questioning in the hope of putting a stop to the recent escalation.

Officials say that since India revoked nearly all of Article 370 in the constitution, stripping Jammu and Kashmir of the autonomy it had been guaranteed, more local young people have been drawn towards what has been a long insurgency against Indian rule.

The Hindu nationalist BJP-led government argued its move in 2019 was necessary to restore stability and bring economic prosperity.

India and Pakistan, which are both nuclear powers, have fought two wars over Kashmir. Both nations claim the whole of the territory.

They also clashed in a series of aerial attacks over the region in February last year.