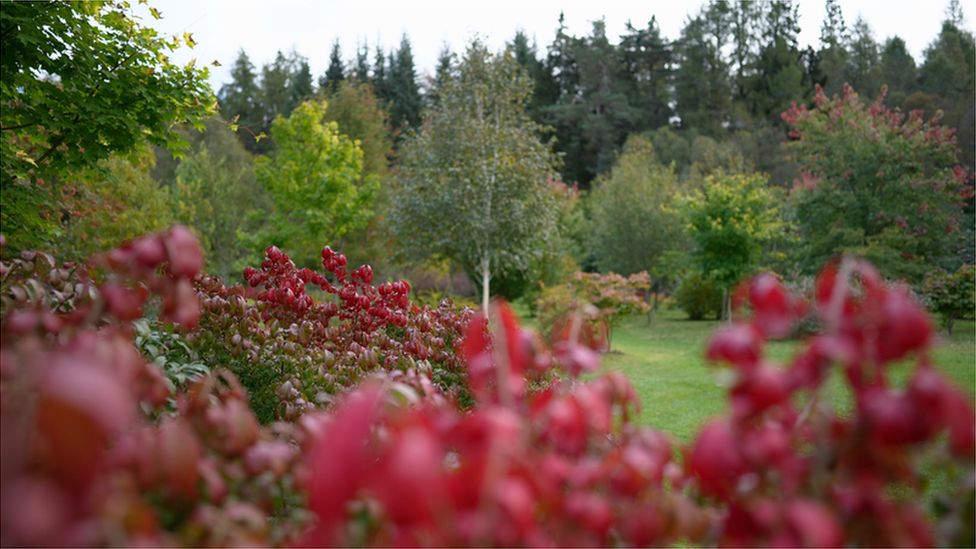 The Prince of Wales has told the BBC he understands why campaigners from organisations like Extinction Rebellion take to the streets to demand action on climate change.

But he said he totally understood the “frustration” climate campaigners felt.

And he warned of a “catastrophic” impact if more ambitious action isn’t taken on climate change.

Speaking in the gardens of his house on the Balmoral estate in Aberdeenshire, the prince said it had taken too long for the world to wake up to the risks of climate change.

And he worried that world leaders would “just talk” when they meet in Glasgow in November for a crucial UN climate conference.

“The problem is to get action on the ground,” he said.

Asked if he sympathised with Greta Thunberg, the climate campaigner who has also criticised leaders for failing to act, he said: ”Of course I do, yes.

“All these young people feel nothing is ever happening so of course they’re going to get frustrated.  I totally understand because nobody would listen and they see their future being totally destroyed.”

The prince also said he understood why groups like Extinction Rebellion were taking their protests to the streets.

“But it isn’t helpful, I don’t think, to do it in a way that alienates people.

“So I totally understand the frustration, the difficulty is how do you direct that frustration in a way that is more constructive rather than destructive,” he said.

When asked if the UK government was doing enough to combat climate change, the prince replied:  ”I couldn’t possibly comment.”

The interview took place in Prince George’s Wood, an arboretum the Prince of Wales has created in the gardens of Birkhall on the Balmoral estate.

He planted the first tree when Prince George, his oldest grandchild, was born and he said the project had become “an old man’s obsession”.

Prince Charles was frank about the shortcomings of businesses to take action on climate.

He has long argued engaging business leaders in tackling climate change would be crucial in limiting global temperature rises.

This has been a key strand of his campaigning over the years, most recently through his Sustainable Markets Initiative.

But he told the BBC he feared many business executives still don’t give environmental issues the priority they deserve.

Many of the young people they employ really mind about environment issues but, he said, “they haven’t quite got to the top to make a fundamental difference”.

He said the Glasgow climate conference was “a last chance saloon” and said it would be “a disaster” if the world did not come together to tackle climate change.

“I mean it’ll be catastrophic. It is already beginning to be catastrophic because nothing in nature can survive the stress that is created by these extremes of weather,” he said.

Car powered by cheese and wine

Challenged about his own efforts to reduce his carbon footprint, the Prince Charles said he had switched the heating of Birkhall to biomass boilers, using wood chips from trees felled in the estate’s forest.

He has installed solar panels at Clarence House, his London residence, and on the farm buildings of his Gloucestershire home, Highgrove.

He said he had installed heat pumps at some of his properties and a hydroelectric turbine in the river that runs beside Birkhall.

He was also challenged on his long-standing love of cars, and asked if he was “a bit of a Jeremy Clarkson, a bit of a petrol-head?”

“Well, yes”, the prince acknowledged: “But that was before we knew what the problems were.”

He said he had converted his favourite vehicle, an Aston Martin he has owned for 51 years, to run on what he describes as “surplus English white wine and whey from the cheese process”.

His Aston Martin has been modified to run on a fuel called E85 – made up of 85% bioethanol and 15% unleaded petrol.

Bioethanol can be derived from different sources – including in the case of the prince’s car – surplus wine and alcohol extracted from fermented whey.

He said most of the vehicles used on his estates were now electric but “it can’t all be done with electric vehicles”, and that hydrogen technology would need to be part of the mix as transportation is decarbonised.

Top of the list of the concerns he has about electric vehicles was price, “they are not cheap”, he said.  He was also worried about how the materials for batteries would be sourced and how they would be recycled.

“At the moment there is a huge amount of waste which is really worrying,” he said.

How can people make a difference?

The prince acknowledged how difficult it is for most people to reduce their carbon footprint.

He said he had changed his diet to reduce his impact on the environment and urged others to do the same.

He now doesn’t eat meat and fish on two days each week and doesn’t eat any dairy products on another day.

“If more people did that it would reduce a lot of the pressure on the environment,” he said.

Trees were a great way to capture carbon and improve the urban environment, he said, suggesting avenues of trees might be planted to commemorate those who had died in the coronavirus pandemic.

The prince recognised that low carbon travel remains a big challenge.  He said he hoped that flying would become easier and more sustainable when new bio-fuels using carbon captured from the air with sustainably sourced hydrogen become available.

But he believed systemic change was necessary to bring about the transformation of transportation and other industries that would be required to drive down emissions.

“No one person can solve the problem,” he said. “It’s a pinprick.”

The prince said the key would be making the environmentally-friendly options cheaper for everyone.

“We still have fossil fuel subsidies, why?” he asked.

He describes as “crazy” the fact that there are still subsidies for what he calls “insane agro-industrial approaches to farming which are a disaster in many ways, cause huge damage and contribute enormously to emissions”.

He said there were similar “perverse” subsidies for the fishing industry which he said caused ”mammoth damage” through trawling.