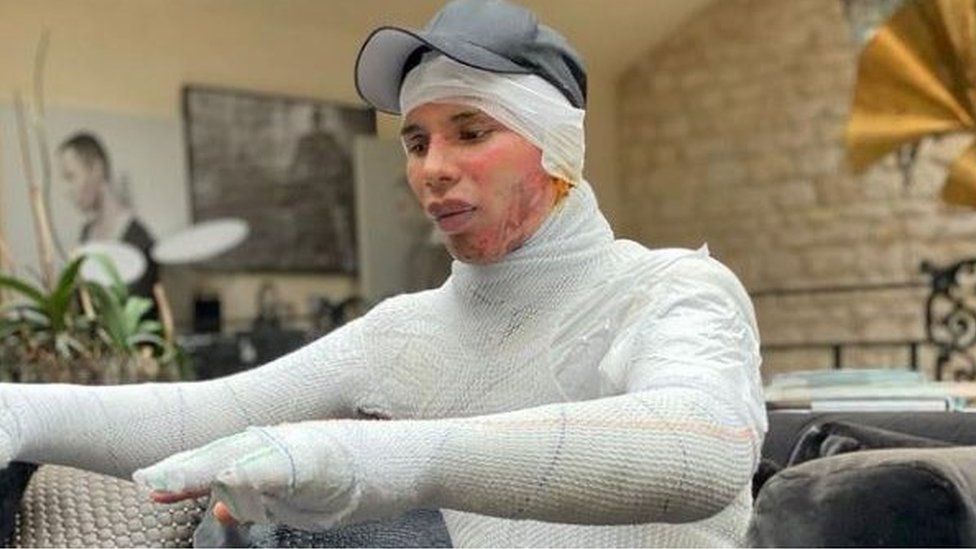 Celebrated French fashion designer Olivier Rousteing has revealed he was injured following an accident at his home last year, sharing a picture of himself in heavy bandages.

Rousteing, the creative director of fashion house Balmain, shared the news in an Instagram post on Saturday.

“Exactly a year ago, the fireplace inside my house exploded,” he wrote.

He woke the next day at Paris’s Hôpital Saint Louis, and has since been recovering from his wounds.

Rousteing said his insecurities and fashion’s “obsession with perfection” stopped him from revealing all before now.

“To be honest I am not really sure why I was so ashamed,” he wrote. As he recovered he hid his wounds with long sleeves and jewellery during interviews.

“Now, a year later – healed, happy and healthy,” he wrote. He thanked the medical staff who had treated him despite “dealing with an incredible number of Covid cases at that same time”, and spoke about how lucky he now feels.

“There is always the sun after the storm.”

He has opened boutiques in London and New York, the company’s first outside Paris.

A 2019 Netflix documentary, Wonder Boy, looked at his career and followed him as he searched for his biological mother.