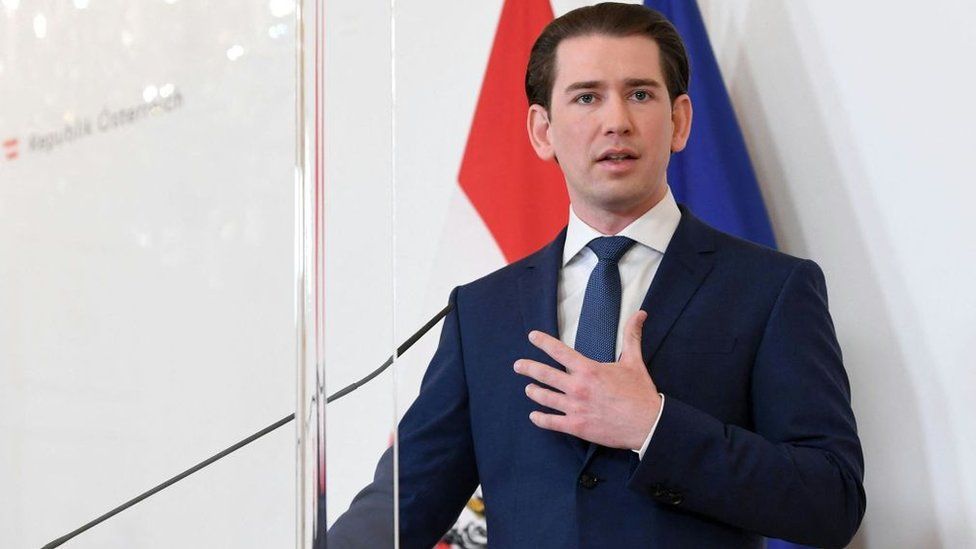 Austrian Chancellor Sebastian Kurz has stepped down, after pressure triggered by a corruption scandal.

He has suggested Foreign Minister Alexander Schallenberg as his replacement.

Mr Kurz and nine others were placed under investigation after raids at a number of locations linked to his party.

Mr Kurz said he would remain leader of his conservative ÖVP People’s Party.

The 35-year-old became leader of the ÖVP in May 2017 and led his party to victory in elections later that year – becoming, at the age of 31, one the world’s youngest ever democratically-elected heads of government.

The allegations relate to the period between 2016 and 2018 when finance ministry funds were suspected to have been used to manipulate opinion polls in favour of the ÖVP.

Mr Kurz and the nine others, along with three organisations, had been placed under under investigation “on suspicion of breach of trust … corruption … and bribery …, partly with different levels of involvement,” the Prosecutors’ Office for Economic Affairs and Corruption said in a statement on Wednesday.

Earlier in the day, prosecutors carried out raids at the chancellery, the finance ministry and homes and offices of senior aides to the chancellor.

Mr Kurz has called the allegations against him “baseless”.