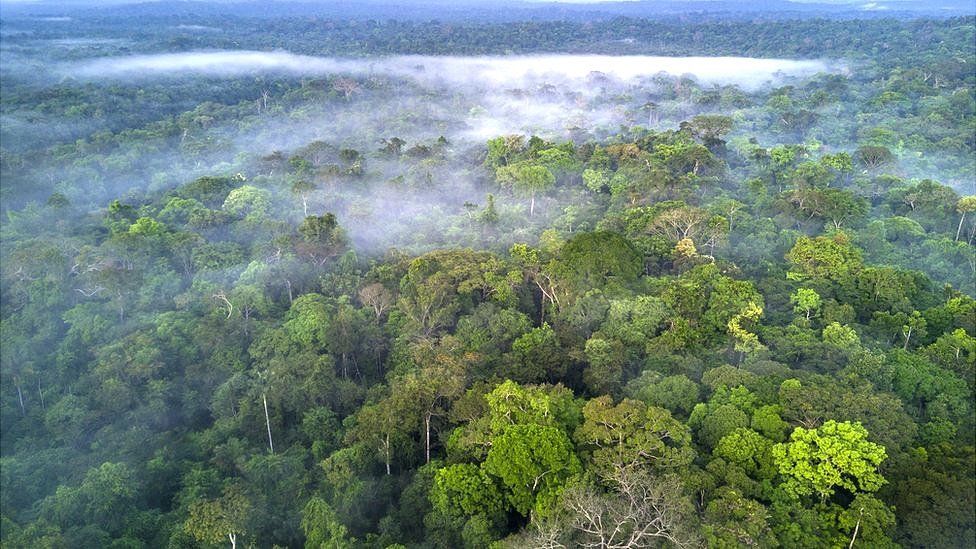 Facebook says it will begin clamping down on the illegal sale of protected areas of the Amazon rainforest on its site.

The social media giant changed its policy following a BBC investigation into the practice.

The new measures will apply only to conservation areas and not to publicly owned forest.

And the move will be limited to the Amazon, not other rainforests and wildlife habitats across the world.

According to a recent study from the think tank Ipam (Instituto de Pesquisa Ambental da Amazonia), a third of all deforestation happens in publicly-owned forests in the Amazon.

Facebook said it would not reveal how it planned to find the illegal ads but said it would “seek to identify and block new listings” in protected areas of the Amazon rainforest.

In February, the BBC Our World documentary Selling the Amazon revealed that plots of rainforest as large as 1,000 football pitches were being listed on Facebook’s classified ads service.

Many of the plots were inside protected areas, including national forests and land reserved for indigenous peoples.

In order to prove the ads were real, the BBC arranged meetings between four sellers and an undercover operative posing as a lawyer claiming to represent wealthy investors.

One land-grabber, Alvim Souza Alves, was trying to sell a plot inside the Uru Eu Wau Wau indigenous reserve for about £16,400 in local currency.

In response to the BBC’s investigation, Brazil’s Supreme Federal Court ordered an inquiry into the sale of protected areas of the Amazon via Facebook.

Despite calls from indigenous leaders to do more, at the time Facebook said it was “ready to work with local authorities”, but would not take independent action to halt the trade.

Now the company says it has consulted the UN Environment Programme (Unep) and other organisations to take its “first steps” in trying to address the issue.

“We will now review listings on Facebook Marketplace against an international organisation’s authoritative database of protected areas to identify listings that may violate this new policy,” the Californian tech firm clarified.

The announcement comes at a time when the social media giant is under increasing pressure from US lawmakers, following a series of bombshell leaks by whistle-blower and former Facebook employee, Frances Haugen.

Facebook also faced criticism this week when a failure brought down the entire platform for five hours worldwide. Instagram and Whatsapp, both owned by Facebook, were also offline during the period.

To try to catch criminal sellers, Facebook is using a database managed by the Unep World Conservation Monitoring Centre.

Unep says it is the most “comprehensive” database of its kind and is updated monthly using reports from “a range of government and other institutions”.

But Brazilian lawyer and scientist Brenda Brito questions the effectiveness of Facebook’s proposals, saying: “If they don’t make it mandatory for sellers to provide the location of the area on sale, any attempt at blocking them will be flawed.

“They may have the best database in the world, but if they don’t have some geo-location reference, it won’t work,” she added.

In its investigation, the BBC found some ads featured satellite images and GPS co-ordinates but not all shared that level of information.

Facebook told the BBC it did not intend to require sellers to post the precise location of advertised land.

“We know there are no ‘silver bullets’ in this topic and we will continue to work to prevent people from circumventing our inspection,” a company spokesperson said.

The tech firm would not confirm whether it was also working with each region’s respective government to strengthen enforcement.

About 60% of the Amazon rainforest is in Brazil where deforestation rates are at a 12-year high.

The Brazilian government’s public forest database, which would be a key tool for any attempt to control the majority of illegal sales online, isn’t being used.

“This data has been available since 2016. It is information they could use to improve this effort,” says Brenda Brito.

However, environmental activists in Brazil are calling the Facebook announcement a small victory against a backdrop of massive deforestation in the Amazon and several congressional attempts to weaken protection laws.

Ivaneide Bandeira, whose NGO Kandide was among those calling for Facebook to do more when the BBC’s investigation came out in February, says she is pleased.

“I think this announcement is a good thing. Although it’s coming late, because they should never have allowed those ads.

“But the fact that they are now taking this position is good because it will help to protect the territory, as it will help not to publicise the sale of land inside a protected area or an indigenous land.”

Watch Our World: Selling the Amazon on BBC iPlayer.