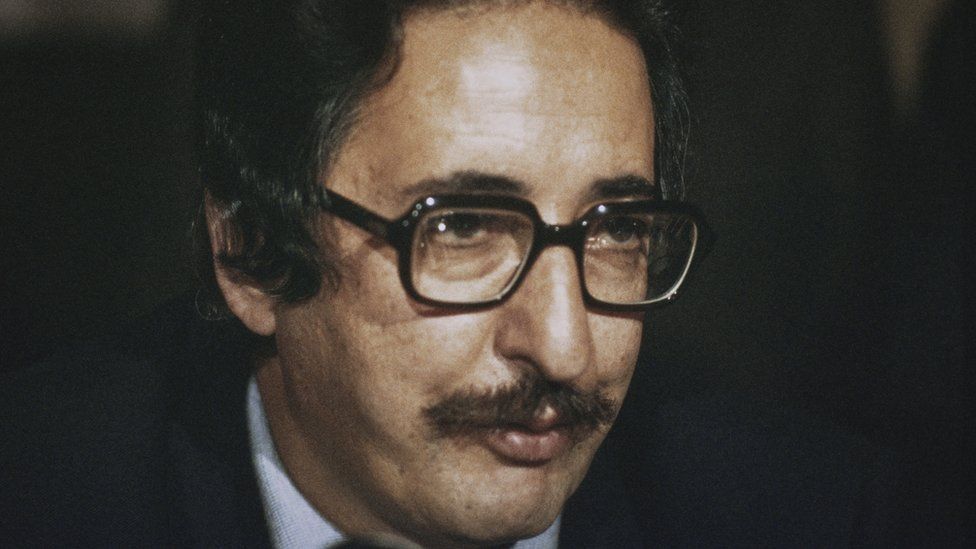 Abolhassan Banisadr, who became Iran’s first president after the 1979 Islamic Revolution before fleeing into exile, has died at the age of 88.

Elected president in 1980, Banisadr was impeached 16 months after taking office for challenging the growing power of clerics.

He fled to France, where he was briefly part of a group dedicated to trying to overthrow the clerical authorities.

His family say he died at a Paris hospital after a long illness.

In the 1960s, Banisadr was jailed in Iran for his opposition to the country’s monarch, the Shah. He then fled to France, where he joined the entourage of Ayatollah Ruhollah Khomeini, becoming one of his close friends and advisers. They would return to Tehran together during the revolution.

Banisadr then served as Iran’s minister of economics and foreign affairs and, with the help of the Islamic clergy, became president. He faced huge difficulties from the start, including the US embassy hostage crisis and the Iran-Iraq war but, above all, the opposition of fundamentalist clerics.

Banisadr was opposed to having clerics in the political system, and the power struggle led to his impeachment by parliament, a move approved by Khomeini.

A month later, he escaped aboard an Iranian Air Force Boeing 707 and was given political asylum in France. He then co-founded the National Council of Resistance of Iran but left it three years later, in 1984.

In 2019, he told Reuters news agency Khomeini, who died in 1989, had betrayed the principles of the revolution after sweeping to power, adding this had left a “very bitter” taste among some of those who had returned with him to Tehran in triumph.

He said he had been convinced the Islamic Revolution would bring democracy and human rights to the country after the rule of the Shah.

The Associated Press news agency quoted him as saying of the ayatollah: “I was like a child watching my father slowly turn into an alcoholic… The drug this time was power.”

In announcing the death, his family said Banisadr had “defended freedom in the face of new tyranny and oppression in the name of religion”. They did not give details about the cause of death.