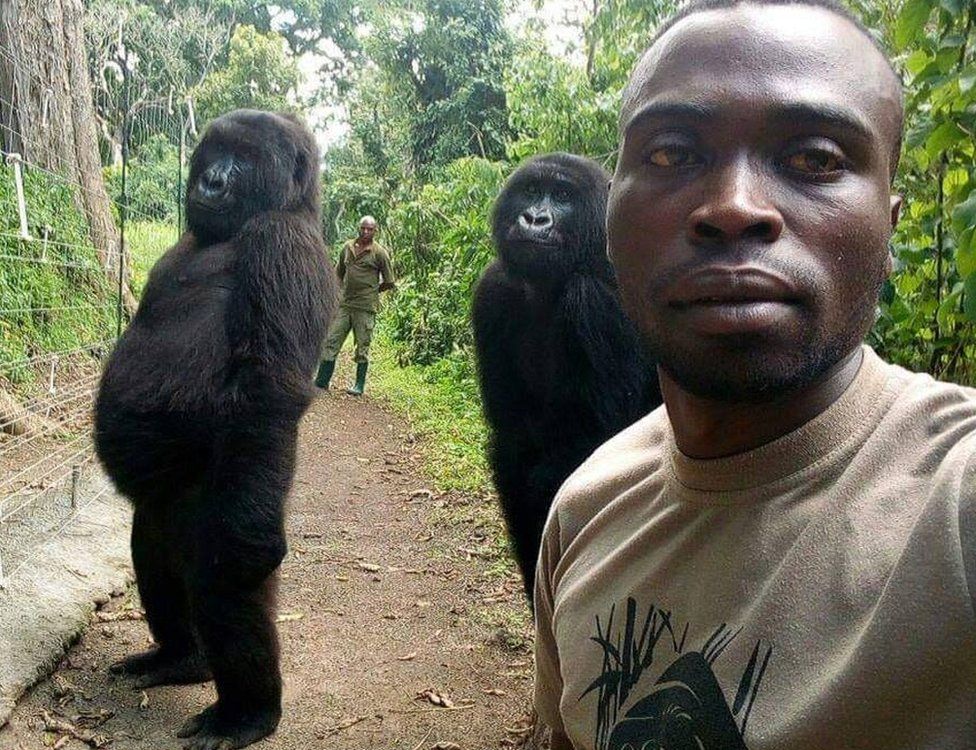 Ndakasi, a beloved mountain gorilla who went viral after posing for a relaxed selfie with rangers, has died after a long illness aged 14.

She passed away in the arms of one of the rangers who rescued her as a baby, Andre Bauma, at a gorilla orphanage at Virunga – Africa’s oldest national park – in the Democratic Republic of Congo.

Mr Bauma rescued Ndakasi as a two-month-old in 2007 after poachers killed her parents. Ndakasi was still clinging to her dead mother when they found her.

With no relatives, rangers decided it was too unsafe to let Ndakasi back out into the wild. She was raised at the orphanage, where Mr Bauma is the manager.

They were trying to imitate the rangers who raised them, a park official said.

The rangers and gorillas had grown close. Speaking to the BBC in 2014, Mr Bauma said he loved Ndakasi as if she were his daughter.

“We shared the same bed, I played with her, I fed her… I can say I am her mother.”

Mountain gorillas live mostly in forests in national parks in Uganda, Rwanda and Congo. But climate change, poachers and human encroachment pose threats to their survival.

Eastern DR Congo, where Virunga is located, is mired in conflict between the government and various armed groups. Some of these armed groups are based in the park, where they often poach animals.

On Thursday, Mr Bauma said that getting to know Ndakasi had “helped me to understand the connection between humans and great apes and why we should do everything in our power to protect them”.

“I loved her like a child,” he said, adding: “Her cheerful personality brought a smile to my face every time I interacted with her.”

All images are subject to copyright.