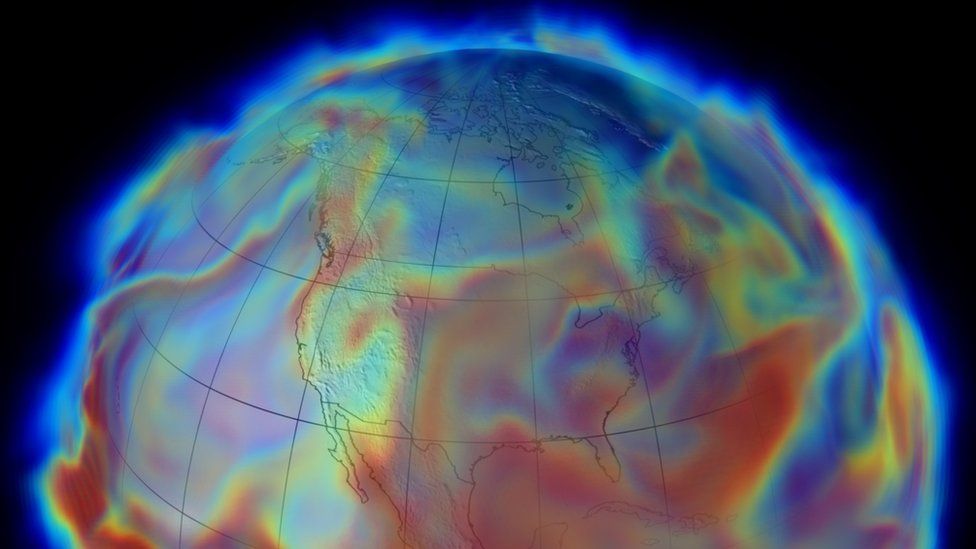 Three scientists have been awarded the 2021 Nobel Prize in Physics for their work to understand complex systems such as the Earth’s climate.

Syukuro Manabe, Klaus Hasselmann and Giorgio Parisi were announced as the winners at an event in Stockholm.

The work by Manabe and Hasselmann led to computer models of the Earth’s climate that could predict the impact of global warming.

It is very difficult to predict the long-term behaviour of complex physical systems such as our planet’s climate. But computer models that can anticipate how it responds to emissions of greenhouse gases have been crucial to our understanding of global warming.

The award comes as world leaders are preparing for the UN’s climate conference, known as COP26, in November. Asked about the timing, Prof Parisi said: “We have to act now in a very fast way and not with a strong delay.”

The climate models that have built on the research of Manabe and Hasselmann form a crucial part of the evidence on which leaders at COP26 will base their actions.

Syukuro Manabe, who is 90, demonstrated how increased levels of carbon dioxide in the atmosphere could lead to increased temperatures at the surface of the Earth. In the 1960s, he led the development of physical models of the climate.

Roughly a decade later, Klaus Hasselmann, 89, created a computer model that linked together weather and climate. His work answered the question of why climate models can be reliable despite weather being changeable and chaotic.

Manabe and Hasselmann shared the prize with Giorgio Parisi, a professor of physics at Sapienza University in Rome. On a superficial level, Prof Parisi’s original work seems to bear little relation to climate change.

It was concerned with a metal alloy called spin glass, in which iron atoms were randomly mixed into a grid of copper atoms. Even though there are only a few iron atoms, they change the material’s magnetic properties in a radical and very puzzling manner.

But the Nobel Committee saw the behaviour of atoms in spin glass as a microcosm for the complex functioning of the Earth’s climate.

Prof John Wettlaufer, a physicist at Yale University in New Haven, US, explained: “What emerged from the committee’s work was the duality between the study of Earth’s climate – which is complex on scales from millimetres to the size of the planet – and Giorgio Parisi’s work.

“[Parisi is] building from the disorder and fluctuations of complex systems at their microscopic constituents… whereas the work of Syukuro Manabe is taking the components of individual processes and knitting them together to predict the behaviour of a complex physical system.

“Even though we’ve divided the prize between the climate part and the disorder part, they really are linked.”

The Swedish industrialist Alfred Nobel founded the prizes in his will, written a year before his death in 1896.

A total of 218 individuals have now won the physics prize since it was first awarded in 1901.

Only four of these laureates have been women. One physicist, John Bardeen, won the prize twice – in 1956 and 1972.

Previous winners of the Nobel Prize in Physics

2020 – Sir Roger Penrose, Reinhard Genzel and Andrea Ghez received the prize for their work on the nature of black holes.

2019 – James Peebles, Michel Mayor and Didier Queloz shared the prize for ground-breaking discoveries about the Universe.

2018 – Donna Strickland, Arthur Ashkin and Gerard Mourou were awarded the prize for their discoveries in the field of laser physics.

2017 – Rainer Weiss, Kip Thorne and Barry Barish earned the award for the detection of gravitational waves.

2016 – David Thouless, Duncan Haldane and Michael Kosterlitz shared the award for their work on rare phases of matter.