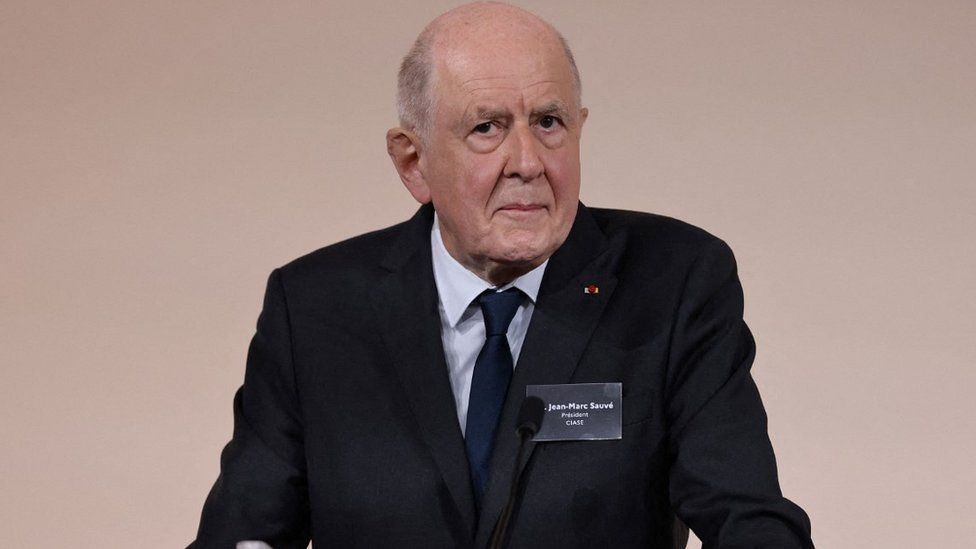 Some 216,000 children have been sexually abused by members of the French Catholic clergy since 1950, an independent inquiry has found.

It warned that the number could rise to 330,000 when abuse by lay members of the Church was included.

The head of the inquiry, Jean-Marc Sauvé, said the figures were “overwhelming”.

The French Church expressed “shame and horror” over the findings, and asked for forgiveness.

One victim called the report a turning point in France’s history, and said it was time for the Catholic Church to fundamentally reassess its actions.

The release of the report marks the latest sexual abuse scandal to rock the Roman Catholic Church.

The inquiry was commissioned by the French Catholic Church in 2018.

It spent more than two-and-a-half years combing through court, police and Church records and speaking to victims and witnesses.

Mr Sauvé, a senior civil servant, said that until the early 2000s, the Catholic Church had “showed a profound and even cruel indifference towards the victims”.

The commission found evidence of 2,900 to 3,200 abusers – out of a total of 115,000 priests and other clerics – but said this was probably an underestimation.

Its report, which is nearly 2,500 pages long, says the “vast majority” of victims were pre-adolescent boys from a wide variety of social backgrounds.

“The Catholic Church is, after the circle of family and friends, the environment that has the highest prevalence of sexual violence,” it says.

The inquiry found that 60% of victims had suffered serious disturbances in later life in their emotional and sexual lives.

The BBC’s Hugh Schofield says the revelations will be very hard to absorb, and will have people reeling in France.

The inquiry recommended changes to the Church’s culture and practices, including limitations on the secrecy of confession in cases of abuse.

Most cases assessed by the panel are thought to be too old to prosecute under French law.