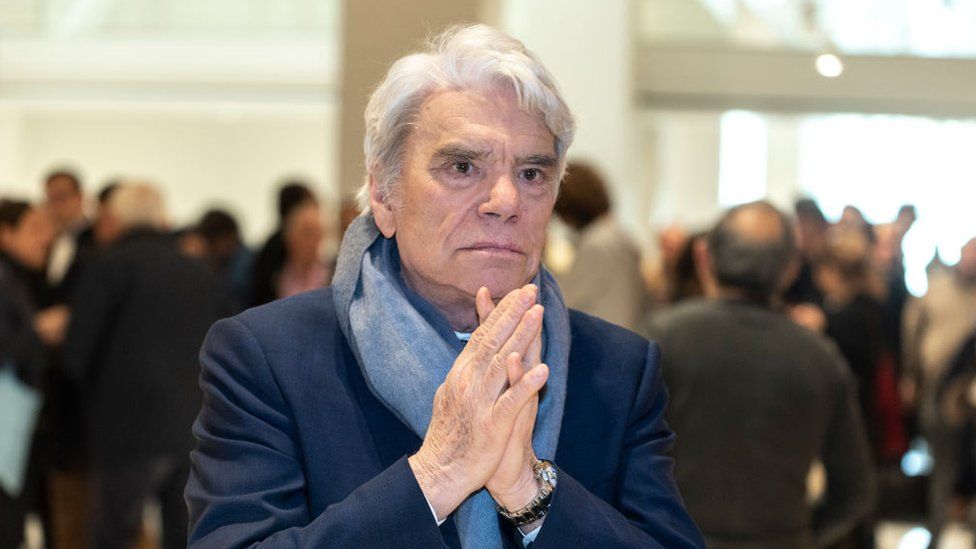 One of France’s most recognisable figures, the businessman, sports club owner and politician Bernard Tapie, has died at the age of 78.

Mr Tapie, who had battled stomach cancer for the past four years, died peacefully, surrounded by his family, they said in a statement.

At one time he owned Adidas, Olympique Marseille and was a minister under President Francois Mitterrand.

He also had a string of legal problems and served time in jail.

Mr Tapie’s wife Dominique and his family announced his death with “immense sadness”. They said he wished to be buried in Marseille, “the city of his heart”.

President Emmanuel Macron was among the many to pay tribute to him, saying his “ambition, energy and enthusiasm… were a source of inspiration for generations of French people”.

Bernard Tapie grew up in the working class suburbs of Paris.

He began his career as a singer, then a race car driver – before discovering a talent for buying up failing businesses and selling them on, the BBC’s Hugh Schofield reports from Paris.

He demonstrated his wealth by buying the Olympique de Marseille, which won the French championship while he was their owner. However, he was accused of match-fixing and the club was stripped of its league championship title and later relegated to a lower division.

He also bought a cycling team that twice won the Tour de France, was the majority shareholder of the sportswear brand Adidas and owned a number of newspapers.

In the 1990s, he dabbled in politics, briefly became urban affairs minister and later elected as a leftist French and European parliament MP in Marseille.

He also found time to perform and even took on TV roles.

By the late 1990s, Mr Tapie was facing a string of legal problems and his empire crumbled.

He served time in jail for match fixing and other charges concerning corruption, tax fraud and misuse of corporate assets.

Bernard Tapie faced the ups and downs of his life always with panache, our correspondent notes, and he was an admired and fascinating figure until the end.