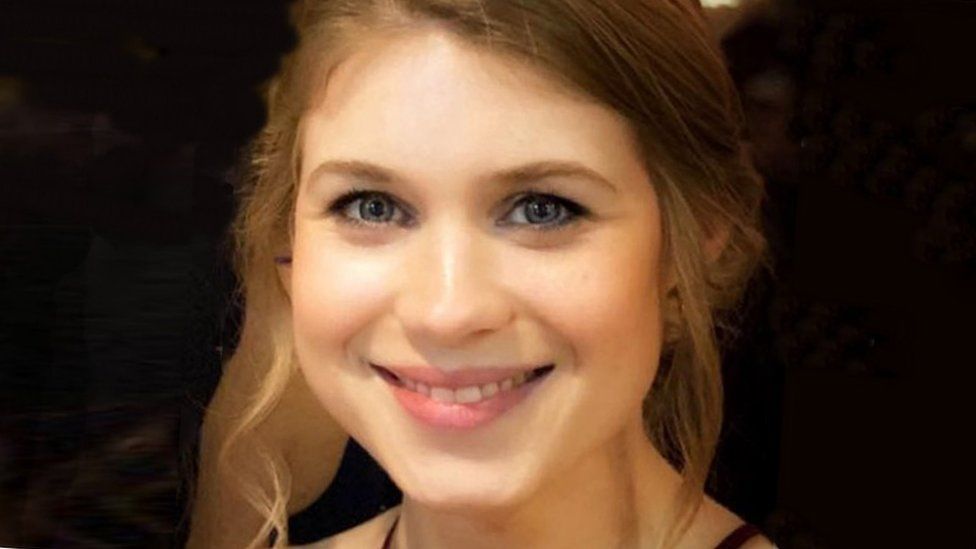 There is an air of crisis in British policing this weekend as it faces a great moment of reckoning.

Never have leaders felt that public trust is so low they have had to advise women to consider fleeing if they are uncomfortable when confronted by one of their own officers.

But that is the aftershock of the appalling crimes of Wayne Couzens, who raped and murdered Sarah Everard while working for the Metropolitan Police, after kidnapping her in a fake arrest.

He was sentenced on Friday to a whole-life term in prison.

Well first there is no sign that ministers are going to make Dame Cressida Dick, the commissioner of the Met and the UK’s top officer, take the blame.

But questions now confront policing – and the difficulty its chiefs and ministers are having in answering them is why the crisis feels too deep.

Was Couzens’ ability to pull on the uniform a failure of the system?

Is there a wider cultural problem?

And how should police leaders and the government respond?

Clearly, society is not filled with homicidal sex offenders. But the fact is they do exist and it’s unarguable that they use deception to get themselves into positions of trust.

In that context, Couzens’ ability to hide undetected within policing is similar to the dreadful story of the Soham murders almost 20 years ago – in which a suspected sex offender was able to work as a school caretaker.

Couzens, we now know, has been the subject of three allegations of indecent exposure – including reports he drove into McDonald’s naked from the waist down.

The first allegation of what has long been downplayed as “flashing” occurred in 2015 when he was in the Civil Nuclear Constabulary, guarding the Dungeness power station on the English Channel.

The police watchdog is still investigating what Kent Police knew about Couzens before he was able to transfer to the neighbouring Metropolitan force in London.

Scotland Yard says its vetting systems did not fail – but admits the system did not pick up this incident.

An investigation continues into how far an officer had got in establishing that Couzens was the suspect.

This question of how officers are vetted is now a very live issue – not just because of “missed opportunities” from previous allegations – but also whether the system is set up to screen out candidates who may have a propensity to violence.

But the focal point is quickly moving beyond whether vetting systems are technically good enough to root out dodgy candidates – to whether there is a permissive sexist culture that allows them to remain in the police.

When I was a trainee reporter in Humberside more than 20 years ago and our newsroom got a tip of some kind of violence in the town, I’d call the police control room.

“Nah, just a domestic,” the bored duty sergeant would reply.

And that response, say critics, is the first part of the problem. For too long police forces have downplayed or ignored the everyday violence and misogyny that men inflict on women.

Just last month, Her Majesty’s Inspectorate of Constabulary said there was an epidemic of violence against women and girls that deserved the same resources and focus as terrorism.

So why is it not a bigger priority?

Sue Fish, the former chief constable of Nottinghamshire, says there is a significant minority in uniform who are “actively deviant” – misogynistic officers who are abusing power – some of whom are in turn involved in domestic and sexual abuse.

In 2016, she ordered her force to start recording misogyny as a hate crime – and the Law Commission, which advises ministers on major legal reforms will soon publish its own proposals on the issue.

But Ms Fish’s point is reinforced by the fact that the police watchdog is not just investigating what was known about Couzens – but also five other officers who were in a Whatsapp group that shared allegedly misogynistic and discriminatory messages.

Sue Fish says she has seen nothing from either the prime minister or Dame Cressida Dick that shows they understand how pervasive this culture is.

“There is no doubt whatsoever that, particularly for female victims, faith in the police has collapsed,” she told BBC Radio 4’s Woman’s Hour.

“We did a survey a year ago which showed that only 5% of rape complainants thought they could get justice by going to the police. This is the worst it has been – but it is not a new thing.

“There is no critical mass of female officers to change the culture. The culture remains male-dominated.

“I have heard people say that ‘you can be gay, you can be black, you can be a woman. As long as you behave like a straight white male’.”

The BBC understands recruitment data shows the number of women applying this year to join the police has been rising – and so chiefs know that their response to Sarah Everard’s murder will be critical to maintaining that progress.

Maggie Blyth, Hampshire’s deputy chief constable, is about to become the first senior officer to co-ordinate a national strategy on violence against women and girls.

She’s told the BBC that there is work to be done to regain the trust that has been lost – but this is also an opportunity that has to be seized.

Back in the summer, Dame Cressida Dick wanted to emphasise that Wayne Couzens was a shocking but exceptional case.

But as he begins a whole life sentence, the dreadful crime has become British policing’s third major crisis of trust in just over three decades.

The first was the 1989 Hillsborough disaster – in which innocent football fans were blamed for their own deaths amid a police cover-up of mistakes.

The second was the 1993 murder of Stephen Lawrence, leading to the devastating public inquiry conclusion that the Met Police was institutionally racist.

History shows that the response to both of these awful events was, for too long, driven by denial, dither and delay.

But ultimately there had to be recognition of the injustice.

And that’s why the response to Sarah Everard’s death will tell us so much about the future direction of British police.