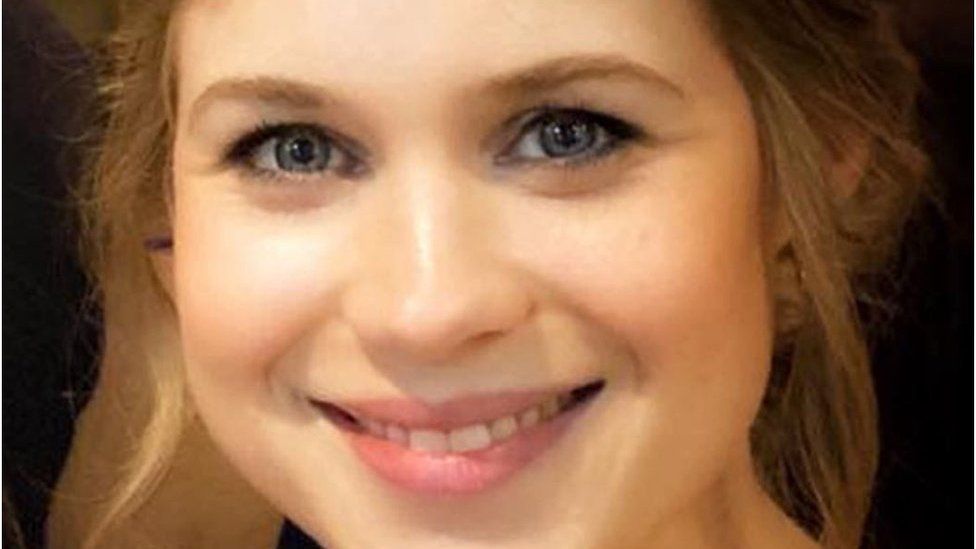 Sarah Everard was a “wholly blameless victim of a grotesque series of circumstances”, a judge has said.

Wayne Couzens strangled Ms Everard with his police belt after kidnapping her during a false arrest.

Couzens showed his warrant card before restraining the 33-year-old, putting her in his hire car and driving away.

Lord Justice Fulford said he had “no doubt Couzens used his position as a police officer to coerce her into car”.

Ms Everard was walking home after visiting a friend in Clapham on 3 March when she was taken.

He told the Old Bailey that nothing he said was intended to minimise the “horror” of what Couzens did that night and after.

Arguing against a whole-life order earlier, the barrister said: “He accepts he will receive and deserves severe punishment.

“No right-minded person… can feel anything other than revulsion for what he did.”

He added: “There is little mitigation in this case and he deserves and expects nothing else than a life sentence.”

Mr Sturman argued that Couzens should not be sentenced to a whole-life order on three grounds: his guilty pleas, underlying depression and that he has no previous convictions for violence.

The barrister said there was reason to give the defendant a “chance to redeem himself and repent”.

The judge will sentence him later.

The defendant was not able to look at the family during the hearing.

Mr Sturman added: “He is ashamed. What he has done is terrible and he deserves a very lengthy finite term.

“But he did all he could after he was arrested to minimise the wicked harm that he did and in our respectful submission there is reason to draw back from what the prosecution invite you to do.”

Couzens’ two-day sentencing hearing, which began on Wednesday, has been told that Ms Everard’s ordeal could be summarised as “deception, kidnap, rape, strangulation, fire”.

The firearms officer, who had clocked off from a 12-hour shift at the American embassy that morning, drove to a secluded rural area near Dover in Kent, where he parked up and raped Ms Everard.

Wayne Couzens walked into the dock, bent over, again looking down at the floor.

After the emotion of Wednesday when he was made to look up and face the Everard family as they described the impact of losing Sarah, he will find out today if he will spend the rest of his life in jail.

The Everard family are in court to hear what sentence he will receive.

As Couzens’ barrister told the court that the policeman doesn’t seek to make excuses for anything that he’d done and he is filled with self loathing and abject shame, Sarah Everard’s mother stared at her daughter’s murderer. He never looked up.

As they said yesterday, all they want is Sarah back and no punishment he receives will ever compare to the pain and torture Couzens inflicted on them.

The marketing executive, who lived in Brixton, south London, had been strangled by 02:30 GMT the following morning, the Old Bailey heard.

Couzens burned her body in a refrigerator in an area of woodland he owned in Hoads Wood, near Ashford, before dumping the remains in a nearby pond.

He was arrested at his home in Deal, Kent, after police connected him to a hire car he used to abduct Ms Everard, whose remains were found by police dogs on 10 March.

Labour leader Sir Keir Starmer said it was essential to establish how the police officer was able to “slip through the net” when there were “obviously warning signs”.

Sir Keir, a former director of public prosecutions, told LBC Radio: “I know that thousands upon thousands of police officers doing a fantastic job are absolutely sickened by this.

“How on earth did he get through the net is the critical question that has got to be answered.”

Prosecutor Tom Little QC suggested the case was so exceptional and unprecedented that it could warrant a whole life order, meaning Couzens would die in jail.

A whole-life order means the criminal is in prison for the rest of their life without ever becoming eligible for parole.

It differs from a life sentence, under which the prisoner is given a number of years they must spend in jail after which they will be eligible to apply for parole.

Whole-life tariffs are reserved for offenders judged to be the most dangerous to society.