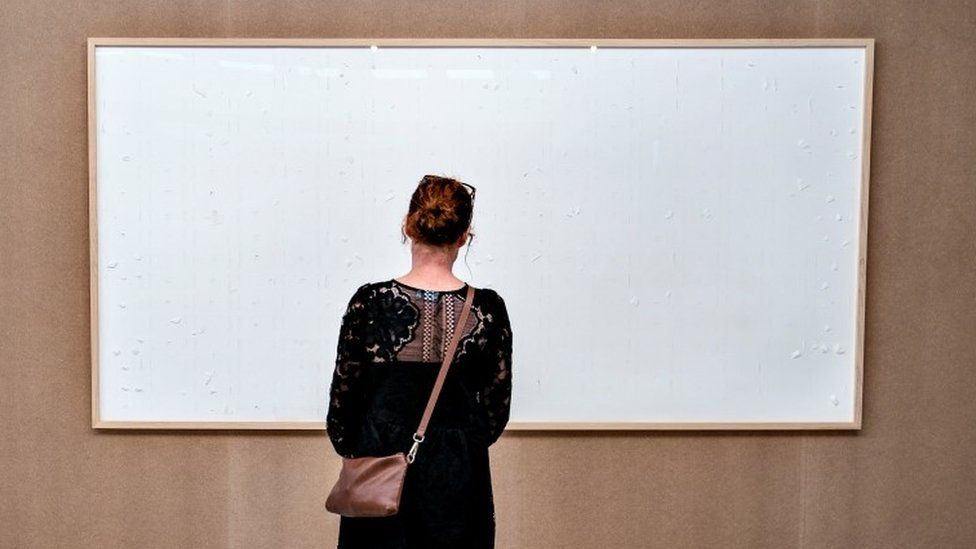 A Danish museum wants an artist to return around 534,000 kroner ($83,000) he had been given in cash to recreate old artworks using banknotes, after he produced blank canvasses with the title “Take the Money and Run”.

Jens Haaning, a Danish artist, was commissioned by the Kunsten Museum.

He was asked to reproduce two of his works representing the annual salary in Denmark and Austria.

But the artist pocketed the cash and produced the blank canvasses.

The museum’s reaction has so far been mixed.

“He stirred up my curatorial staff and he also stirred me up a bit, but I also had a laugh because it was really humoristic,” Lasse Andersson, director of the museum in the city of Aalborg, told the BBC’s Newsday programme.

However, Mr Andersson was clear that the money needed to be paid back when the exhibition ends.

“It’s the museum’s money and we have a contract saying that the money will be back on 16 January,” he said.

But Mr Haaning, 56, has vowed to keep the cash.

“The work is that I have taken their money,” he told dr.dk.

“I encourage other people who have just as miserable working conditions as me to do the same,” he said, adding that recreating his past works would have put him 25,000 kroner out of pocket.

But Mr Andersson told the BBC that he refuted Mr Haaning’s claim that the museum had not agreed to pay him fairly.

“We just signed up for an agreement with the Danish artists association that raises what artists are paid when they are exhibiting,” he said.

“I think Jens has kind of broken the bargain.”