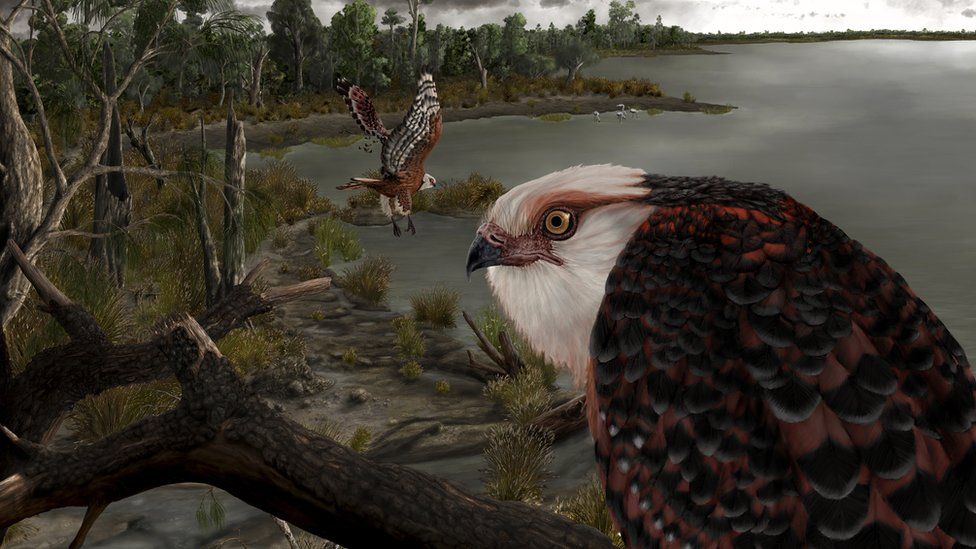 Scientists in Australia say they uncovered a fossil of a previously unknown species of eagle that lived in the country about 25 million years ago.

Dozens of bone fragments were uncovered by a dry lake in 2016 by researchers from Flinders University in Adelaide.

A new study says the skeletal remains were of the Archaehierax sylvestris, or ancient hawk of the forest.

Scientists believe the ancient raptor species survived by swooping on prey, including birds, possums and koalas.

They say the eagle had adapted to hunting and flying within forests, with short robust wings, long legs and a wide foot-span.

The discovery was made at an archaeological site in Lake Pinpa, a dried salt lake in the desert in south Australia.

The area has been a rich site for palaeontologists uncovering fossils, but even then the remains of predators like hawks and eagles are hard to come by.

Associate Professor Trevor Worthy said it was “rare to find even one bone from a fossil eagle” due to their small numbers at the time.

“To have most of the skeleton is pretty exciting, especially considering how old it is,” he said in a press release.

The find dates from the Oligocene period, when the local climate would have been a rainforest rather than dry outback.

Researchers described the 63 bones they found as an “exceptional partial skeleton” in a study published in the Historical Biology journal on Monday.

Ellen Mather, an author of the study, said the Archaehierax sylvestris had unique features not seen in modern hawks and eagles.

Researchers say the species had a foot span of almost six inches (15cm), allowing it to ambush and feast on prey like marsupials, ducks and flamingos.