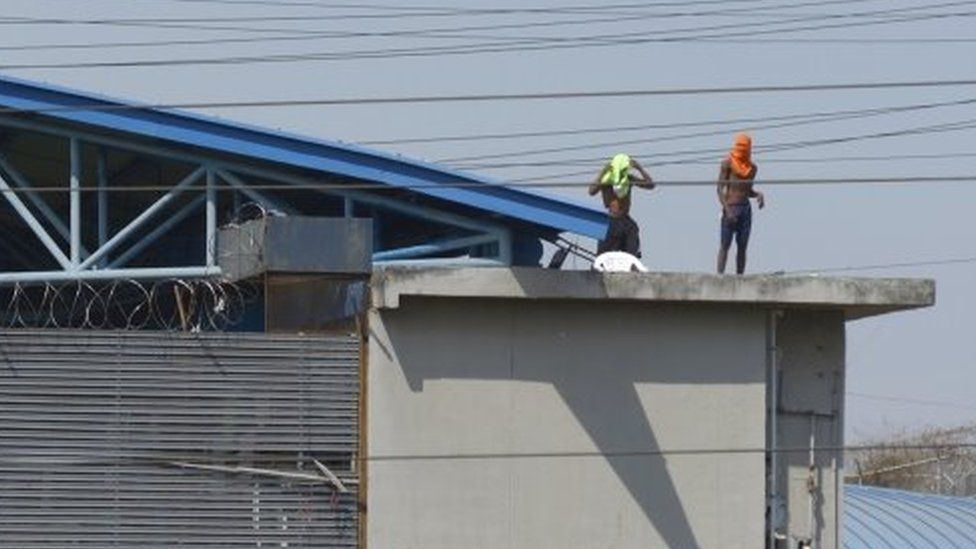 At least 30 inmates have been killed and dozens injured in a fight between rival gangs at a prison in the Ecuadorean port city of Guayaquil.

A police commander said at least five inmates had been decapitated while others had been shot dead.

The regional governor said it took 400 police officers to regain control of the jail, which houses prisoners with links to international drug gangs.

So far this year, more than 150 people have been killed in prison violence in Ecuador.

In the bloodiest incident so far, 79 prisoners were killed in simultaneous fights in February.

The Litoral Penitentiary, where the latest deadly fight took place on Tuesday night, is considered one of the most dangerous in the country.

Police Commander Buenaño said that inmates from one wing of the prison had crawled through a hole to gain access to a different wing, where they attacked rival gang members.

Police managed to reach six cooks who had been trapped in the wing where the fight unfolded and get them to safety.

The Litoral Penitentiary holds inmates from Los Choneros, an Ecuadorean gang which is thought to have links with Mexico’s powerful Sinaloa drugs cartel.

But another Mexican criminal group, the Jalisco New Generation cartel (CJNG), is also trying to forge alliances with Ecuadorean gangs to seize control of drug smuggling routes leading from Ecuador to Central America from its Sinaloa rivals.

In July, President Guillermo Lasso said that Ecuador’s prison system was 30% over capacity.

He announced plans to expedite the process of releasing those inmates who had served most of their time or had committed minor crimes in order to ease the overcrowding.