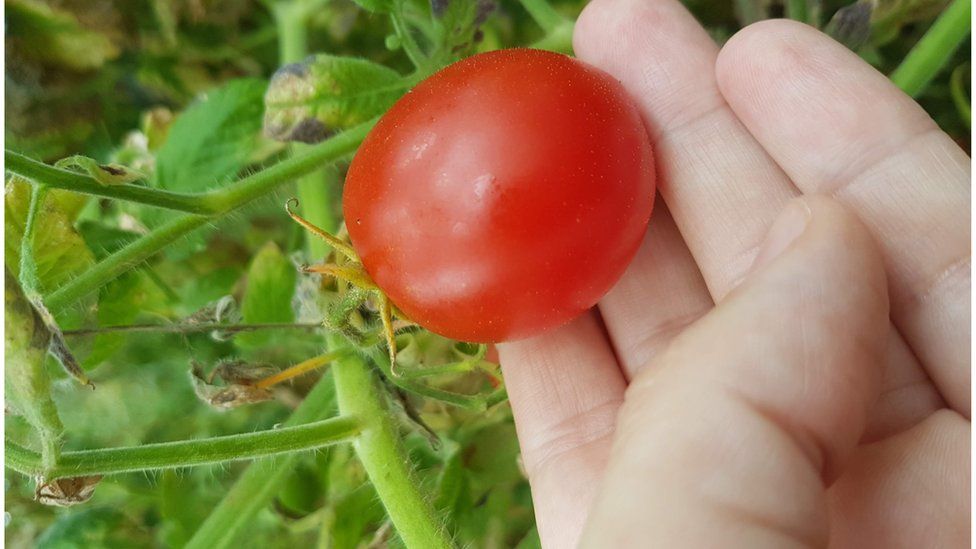 The UK government is to relax the regulation of gene-edited crops to enable commercial growing in England.

The plants are to be tested and assessed in the same way as conventional new varieties.

The changes are possible because the UK no longer has to follow European Union regulations, which are the strictest in the world.

The Scottish, Welsh and Northern Irish governments will get to decide whether to adopt or opt out of the changes.

Environment Secretary George Eustice said that he would be working closely with farming and environmental groups to help grow plants that are stronger and more resilient to climate change.

“Gene editing has the ability to harness the genetic resources that nature has provided. It is a tool that could help us tackle some of the biggest challenges that we face.”

Gene-edited (GE) crops have much simpler genetic alternations than so-called genetically modified (GM) ones. GM crops often involve the addition of extra genes, sometimes from a completely different species; and in some instances the insertion of DNA from animals.

Gene-edited crops, by contrast, often just have genes snipped out of them, producing new varieties within months that could also have been produced by traditional cross-breeding but over a period of several years.

Scientists believe that they can use gene editing to develop fruit, vegetables and cereals that are more nutritious and productive, as well as hardier varieties that can withstand the extremes of weather brought about by climate change.

These rules call for a number of field trials over a period of several years, as well as extensive food safety tests.

The final hurdle is for member states to vote to approve a new variety.

This approach is regarded by biotech companies as too onerous and expensive, so no genetically altered crops are developed in the European Union.

As a first step, legislation will be passed later this year to do away with the need for scientists to apply for a licence to carry out open-air trials of a gene-edited crop that could have been produced through traditional cross-breeding.

Currently, the approvals process can take up to two months and cost several thousand pounds.

The more significant change will take place next year when legislation will be brought forward to enable simple gene-edited crops to be regulated in the same way as any new variety for commercial development.

The government is reviewing what measures it would need to bring in to maintain consumer choice, such as labelling and traceability.

In the longer term, ministers will review England’s approach to regulation covering all genetically modified organisms. This includes changes that might allow the commercial development and farming of gene-edited and genetically modified animals. Such animals can be made to be more productive, resistant to some diseases and even better able to withstand hot weather.

The news has been welcomed by many scientists working in the field.

Prof Helen Sang works at The Roslin Institute in Edinburgh where researchers have developed gene-edited pigs that are resistant to a type of lung disease.

“Wednesday’s announcement is a first step towards reducing unnecessary and unscientific regulatory barriers to the use of advanced breeding techniques, which are precise and targeted, allowing us to make specific genetic changes,” she said.

“Adopting a more proportionate and enabling approach to regulation will open up increased opportunities for international research collaboration, inward investment and technology-based exports, bringing a major boost for UK science.”

A Welsh Government spokesperson said: “We have no plans to revise the existing GMO Deliberate Release Regulations in Wales and will maintain our precautionary approach towards genetic modification. Unlike the UK Government, we will continue to view products produced by gene editing as Genetically Modified as set out by the European Court of Justice in 2018.”

Dr Helen Wallace, of the campaign Group Genewatch, described the changes as a “weakening of standards meant to protect human health and the environment”.

“People won’t be fooled. GM crops are GM crops. Whether they are made with new or old techniques, they can lead to unintended consequences.

“GM crops that withstand climate change have been promised for more than 40 years, but have never been delivered. 90% of GM crops that are grown today are engineered to withstand blanket spraying with weedkillers that are harmful to butterflies and frogs. New gene-edited crops won’t be any different and will cause the same environmental problems.”

Liz O’Neill, director of GM Freeze, said the government “wants to swap the safety net of proper public protections for a high-tech free-for-all”.

“This announcement is described as a response to Defra’s consultation on the regulation of genetic technologies. However, no detail has been made available on what George Eustice actually learnt from the exercise.

“The consultation submissions that GM Freeze has seen raised a wide range of concerns about Defra’s proposals for dismantling GM safeguards, but this announcement suggests the minister isn’t listening.”