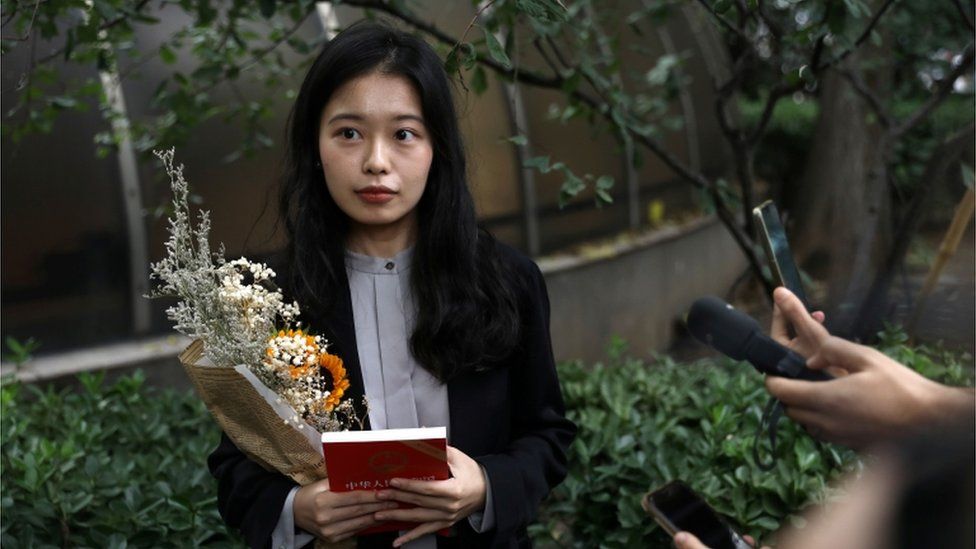 A Beijing court has thrown out a landmark sexual harassment case brought against one of the country’s most famous TV hosts.

It ruled that there was insufficient evidence to support the case against Zhu Jun.

The plaintiff had accused Mr Zhu of forcibly groping and kissing her while she was his intern in 2014.

The case helped ignite China’s #MeToo movement and has led to increased awareness of women’s rights.

Zhou Xiaoxuan, who is more popularly known by her online nickname Xianzi, had first come forward with her claims against Mr Zhu in an online essay in 2018.

The piece went viral and prompted many others to come forward with their own experiences of sexual harassment.

She launched legal action against Mr Zhu, a well-known host at state broadcaster CCTV, that same year. Mr Zhu has denied all the claims.

Following a final hearing on Tuesday, a brief statement released by the Haidian district court in Beijing said it was dismissing the case as Ms Zhou’s evidence was “insufficient to prove claims that Mr Zhu engaged in sexual harassment” against her.

Ms Zhou said that she plans to appeal, and also thanked supporters, many of whom had gathered outside the court on Tuesday night.

The 28-year-old faces a separate lawsuit brought by Mr Zhu, for damaging his reputation and mental well-being.

The dismissal of Xianzi’s case comes amid increasing calls for justice for sexual harassment or assault victims in China.

Last week, a court in the north-eastern Shandong province threw out another high-profile case brought by a female employee of tech giant Alibaba, who alleged she was raped by a manager.