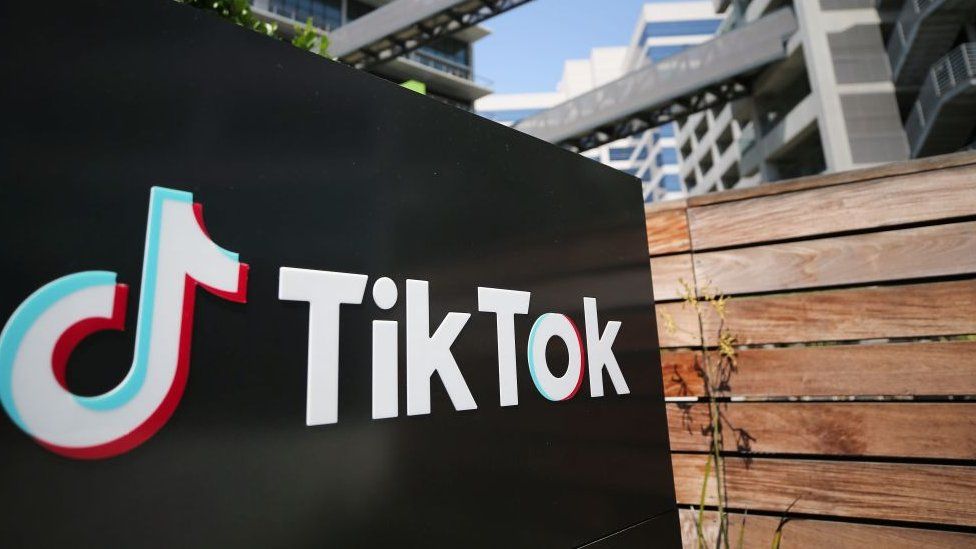 TikTok has announced a set of features to help users struggling with mental health issues and thoughts of suicide.

The features include guides on wellbeing and support for people who are struggling with eating disorders.

There is also a search intervention feature that directs users to support resources if they look up terms such as “suicide”.

The move comes as rival platform Instagram comes under fresh scrutiny over its impact on users’ wellbeing.

In the announcement TikTok said: “We care deeply about our community, and we always look for new ways in which we can nurture their well-being.

“That’s why we’re taking additional steps to make it easier for people to find resources when they need them on TikTok.”

The new resources, which the company said will be rolled out globally in the coming months, include an expanded guide on eating disorders and a feature that will direct users to local support, such as a Crisis Text Line, if they search for the terms such as suicide.

TikTok, like its rival social media platforms, has come under intense scrutiny over the impact it can have on the mental health of its users, especially teenagers.

A report by the Education Policy Institute and The Prince’s Trust earlier this year found that teenagers’ mental health was being damaged by heavy social media use.

It was linked to negative wellbeing and self-esteem, regardless of a young person’s mental state, with more girls experiencing feelings of depression and hopelessness, the study said.

TikTok’s announcement came as The Wall Street Journal reported that Instagram has repeatedly found that in certain situations its platform could be harmful to the mental health of its teenage users.

According to the report, the company has been studying the impact of the app on its younger users’ mental wellbeing for at least two years. The paper also said that the research had repeatedly found it is harmful for a large proportion of users, especially teenage girls.

In a lengthy statement, Instagram acknowledged the existence of research reported by The Wall Street Journal but said the story “focuses on a limited set of findings and casts them in a negative light”.

The social media firm also said it stood by the research and that: “It demonstrates our commitment to understanding complex and difficult issues young people may struggle with, and informs all the work we do to help those experiencing these issues.”

The BBC Action Line has details of organisations offering information and support if you, or someone you know, has been affected by the issues raised in this story