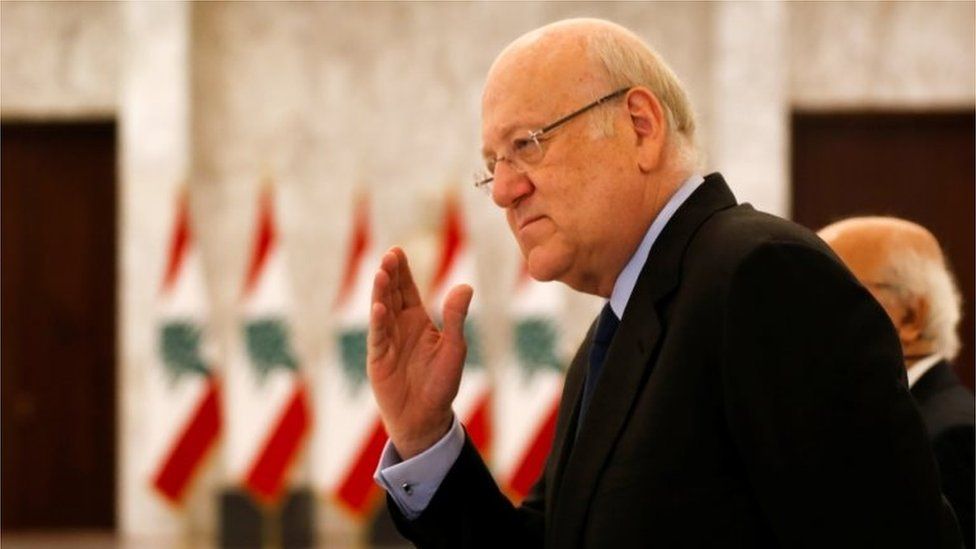 A new government has been announced in Lebanon – over a year after the previous administration quit following the devastating Beirut port explosion.

His appointment, along with the naming of a new cabinet, ends months of political paralysis.

It comes as Lebanon grapples with some of the severest domestic crises it has faced in its history.

The value of the currency has collapsed, unemployment and inflation have soared, electricity, fuel and medicines are in short supply, and the country has been rocked by nearly two years of protests calling for wholesale political reforms.

Lebanon had been without a proper functioning government since then-PM Hassan Diab resigned days after a massive blast on 4 August 2020 destroyed Beirut port and the surrounding area.

The explosion, caused by improperly stored ammonium nitrate, killed 203 people, injured at least 6,000 others and left billions of dollars of damage.

The disaster – coming in the midst of the pandemic – triggered a wave of outrage against the government and Lebanon’s political system. Protesters blamed the blast on corruption, incompetence and a system of patronage where jobs are given in return for political support.

The event compounded growing anger which had been building since the start of the financial crisis in late 2019. In the last few months alone the Lebanese currency has lost 90% of its value, while three quarters of the population are now living below the poverty line.

The advent of a new cabinet, expected to comprise technocrats approved by rival parties, is likely to pave the way for talks with the International Monetary Fund on a rescue package.

Lebanon’s delicate sectarian power-sharing system had stymied repeated attempts to form a government in the wake of Hassan Diab’s resignation.

Since the end of the 1975-89 civil war, political power has been delicately balanced between its many sects, with the president a Christian, prime minister a Sunni Muslim and Speaker a Shia Muslim. An inability to come to an agreement on the nomination of ministers to the satisfaction of various factions and blocs held up the process.