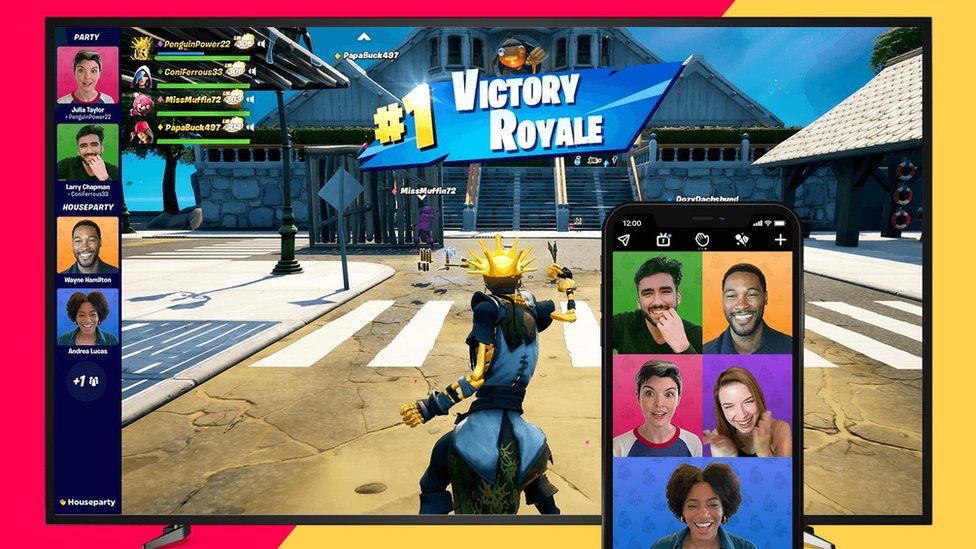 Houseparty, the video-calling app owned by Fortnite-maker Epic Games, will close down in October.

First launched in 2016, the app was acquired by Epic in 2019 as part of a multi-million dollar deal.

In November 2020 it was integrated with Fortnite to let players see one another during multiplayer gaming sessions.

However, the developers said their work on other Epic Games products meant they could not give Houseparty “the attention that it deserves”.

In a statement, the team said it would instead develop “new ways to have meaningful and authentic social interactions” in other Epic Games software.

While the app will continue to work until October, it has already been removed from the Google Play store and Apple’s App Store.

Houseparty gained popularity at the start of the coronavirus pandemic as national lockdowns were introduced around the world.

The software let people “drop in” to video chat rooms hosted by friends, and it offered games for groups to play together.

However, its reputation was damaged in March 2020 when a false rumour suggested downloading the app could lead to Netflix and Spotify accounts being “hacked”.

The BBC’s cyber reporter Joe Tidy can now reveal that, at the time, a Houseparty insider told him the viral misinformation had made one million users delete the app.

For me this is a superb example of how misinfo can cause huge, real-world reputational damage to businesses. Hard to remember how big Houseparty was growing now but this viral misinfo hit the app HARD at a time when it was on a massive Zoom-like trajectory.

Houseparty said it had found no evidence that its service had been compromised.

The company later offered a $1m (£720,000) bounty to anybody who could prove it had been the target of a deliberate smear campaign. The reward has not been claimed.