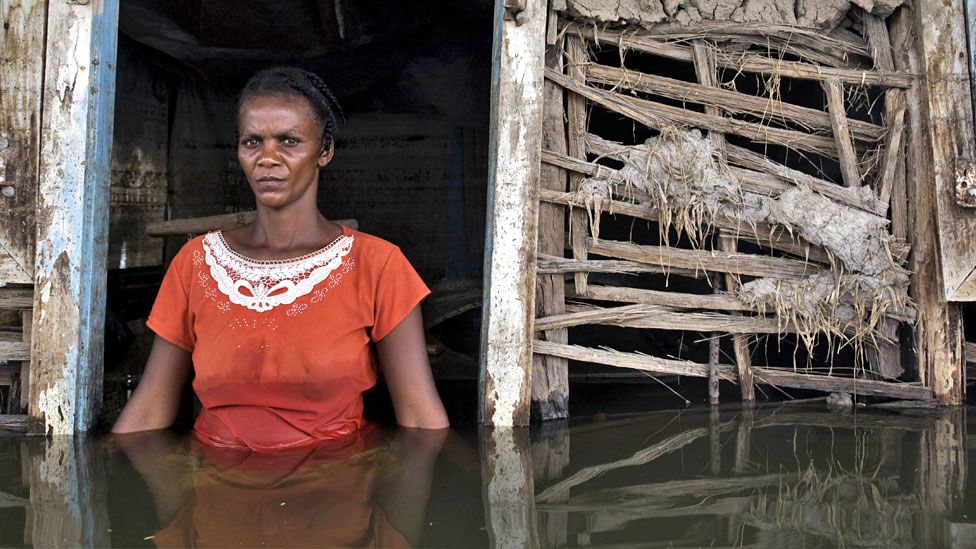 The countries most vulnerable to climate change are calling for an “emergency pact” to tackle rising temperatures.

The group wants all countries to agree radical steps to avoid “climate catastrophe” at the upcoming COP26 meeting in Glasgow.

Green campaigners are urging a postponement of the gathering, citing problems with vaccines for delegates.

The Climate Vulnerable Forum (CVF) says the event is critical and cannot wait.

Representing some 1.2 billion people, the CVF consists of countries in Africa, Asia, the Caribbean, Latin America and the Pacific.

The group has been key in pushing the rest of the world to accept the idea of keeping the rise in global temperatures to under 1.5C this century.

This was incorporated into the Paris agreement in 2015.

Recent research from the Intergovernmental Panel on Climate Change suggests that the threshold will be passed in little over a decade at current rates of carbon emissions.

In less than two months, global leaders will gather in Glasgow for COP26, the most critical meeting on climate change since Paris.

Ahead of the Glasgow meeting, the CVF has issued a manifesto for what the conference must deliver to keep the planet safe and protect the most vulnerable.

Environmental groups have suggested postponing the meeting, on the grounds that vaccine distribution is inequitable and that delegates from poorer countries face huge bills for quarantine hotels when they arrive in the UK.

However, the CVF member states insist the meeting must go ahead in person, and are calling for support and “facilitated access” to ensure inclusive participation.

The UK government has responded to these calls by agreeing to pay the quarantine hotel expenses of any delegate, observer or media from a developing country.

The vulnerable group says that progress on climate change has stalled and COP26 should move forward with what it terms a “climate emergency pact”.

This would see every country put forward a new climate plan every year between now and 2025.

At present, signatories of the Paris agreement are only obliged to put forward new plans every five years.

The vulnerable nations say that richer countries must fulfil their obligations to deliver $100bn in climate finance per year over the 2020-24 period.

The CVF nations want this money to be split 50-50 between cutting carbon and helping countries adapt to the threat posed by rising temperatures.

The countries also want the UK to “take full responsibility” for this aspect of the negotiations, saying it is vital to restore confidence in the Paris pact.

Among the other areas that the most vulnerable nations want to see progress on is the question of debt-for-climate swaps.

Many of the world’s poorest countries have large debt burdens, and these have been exacerbated by the Covid-19 pandemic which has stretched finances even further.

In a debt-for-climate swap, a country can reduce what it owes to international creditors by directing the debt service payments to fund renewable energy or greater protection for nature.

One such restructuring was recently announced by Belize where the debt money will now go to support marine conservation projects instead.

“Vulnerable countries have unique needs – and public-private collaboration will be key to addressing them,” said Nigel Topping, who’s the UK’s high-level climate action champion for COP26.

“Whether it is in debt for nature swaps such as the recent Belize announcement or in increasing public sector capability to structure investment projects to attract private finance, the aim is to accelerate progress in this area so that 2022 becomes the year of climate action solidarity.”