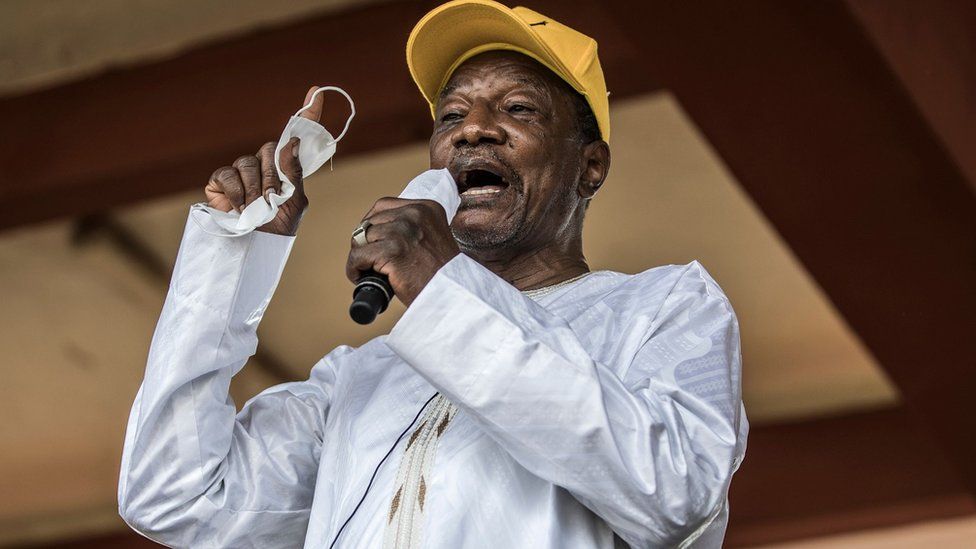 Its envoys visited Mr Condé, who was detained in a military coup in Guinea last Friday.

They also met the leaders of the coup, including its figurehead Lieutenant Colonel Mamady Doumbouya.

Both Ecowas and the African Union have suspended Guinea, calling for a return to constitutional order and for Mr Condé to be freed.

The new military leaders have pledged to install a transitional government but have not said how or when it will happen.

He became increasingly unpopular after he changed the constitution so he could stand for a third term as president.