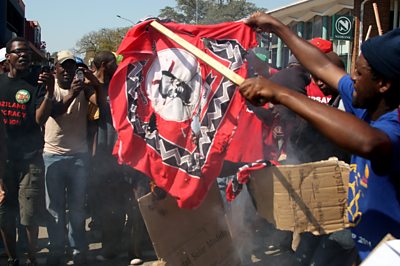 In an emotional interview, she said she feared that the Taliban would kill her for the work she’d done in her career as a journalist.

A few weeks on, Wahida told the BBC where she had escaped to and what life is like for her now.