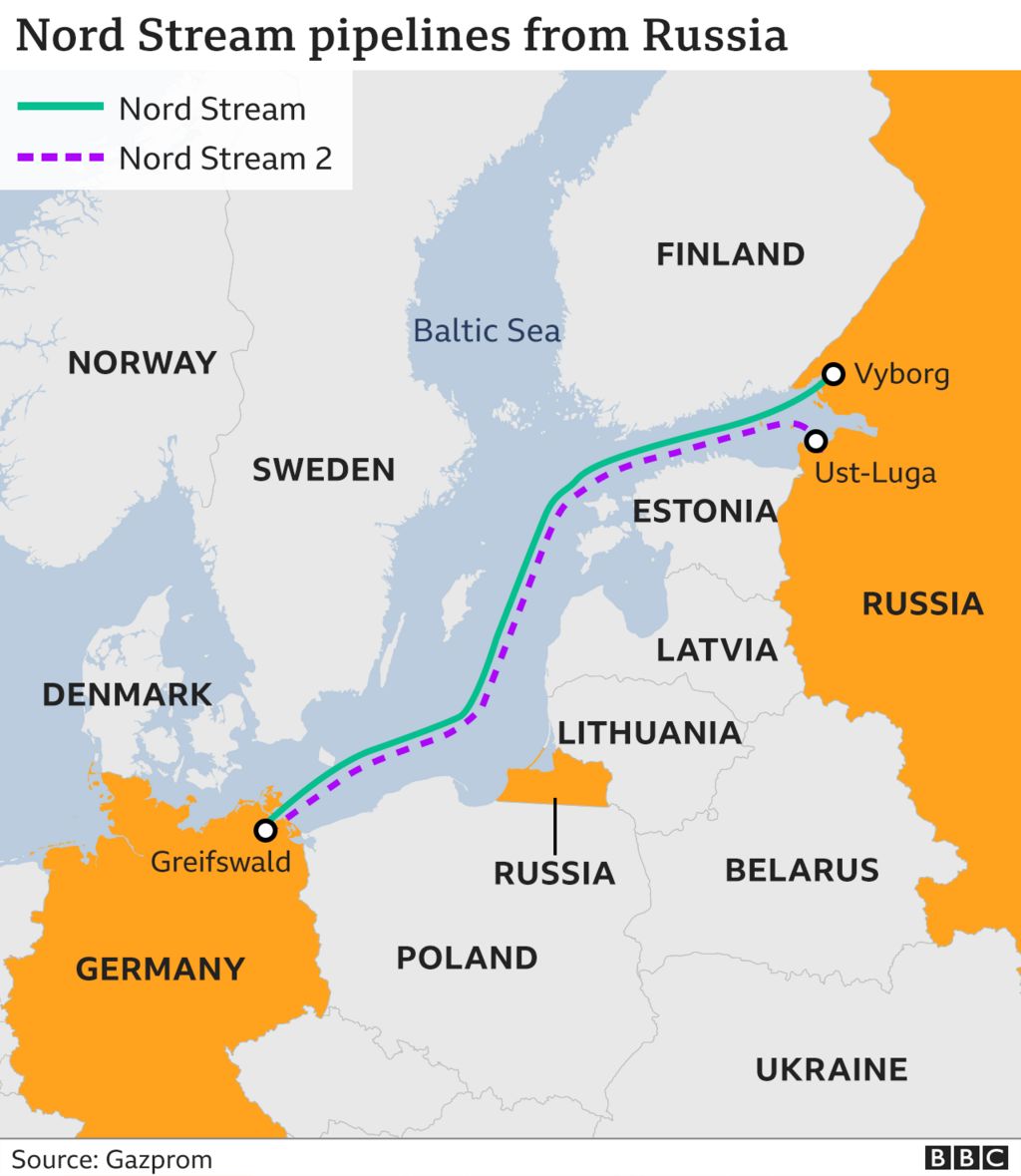 The Russian energy company Gazprom says it has completed construction of the Nord Stream 2 natural gas pipeline from Russia to Germany.

Running under the Baltic Sea, it will double Moscow’s gas exports to Germany and circumvent Ukraine, which relies on existing pipelines for income.

It still needs to be certified by Germany’s regulator, a process that could take up to four months.

The US fears the pipeline will increase Europe’s energy dependence on Russia.

The loss of transit fees would hit Ukraine’s economy hard.

German Chancellor Angela Merkel said recently that further sanctions might be imposed on Russia if it used the pipeline against Ukraine.

As well as Germany’s Uniper and BASF’s Wintershall unit, other European companies have stakes too, including Anglo-Dutch Shell, OMV of Austria and Engie of France.

Germany’s government estimates that “natural gas will continue to make a significant contribution to energy supply in Germany over the coming decades“, saying it is “more climate-friendly compared to other fossil fuels as it produces less CO2”.

But environmentalist groups in the country such as Deutsche Umwelthilfe oppose Nord Stream 2, arguing that it is incompatible with Germany’s emissions goals in the battle against man-made climate change.