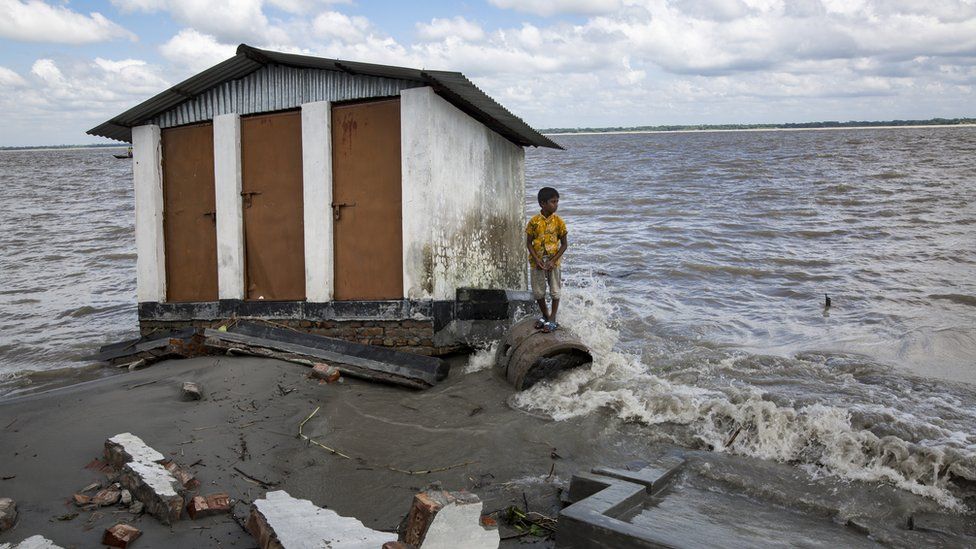 The world’s poorest countries say they are worried about getting to the COP26 climate summit in Glasgow in November.

Twenty are on the UK’s Covid red list – meaning hotel quarantine for arrivals.

They say the fortnight-long talks may involve being away for seven weeks as they will also have to isolate on return.

And they warn that flights from Pacific islands have virtually stopped and that some transit hubs are refusing non-residents.

The warning comes from the group made up of the world’s 46 poorest countries which are on the United Nations’ list of Least Developed Countries (LDC).

The 20 countries that are also on the UK’s foreign travel red list include Afghanistan, Ethiopia and Nepal.

The chairman of the LDC group, Bhutan’s Sonam Phuntsho Wangdi, said: “It’s our people who are hardest hit by this ever worsening crisis. They must be well represented in the climate talks.

“The world cannot risk unambitious and unfair decisions being taken at COP26, there is far too much at stake.”

This follows a coalition of 1,500 green groups calling for the summit to be delayed because of Covid arrangements.

But the UK government and the UN say they are planning to go ahead because the massive gathering is so important and they are working to keep it safe.

So what are the risks?

Bringing together 30,000 people from every country on the planet – regardless of whether they’ve got the disease under control or not – is a challenge.

Especially when the talks will be face-to-face, last for two weeks indoors during a Scottish winter when few will welcome opening windows to bring in virus-dispersing fresh air.

And the event will be opened by people in the most vulnerable demographic: the Queen (aged 95), David Attenborough (95), the Pope (84) and President Biden (78).

It comes as other events on a similar scale have not gone ahead as planned.

China was due to hold a UN conference on biodiversity next month but switched to virtual sessions for the opening and normal talks next year.

And while France has just hosted a congress in Marseilles on nature conservation, the numbers were far lower than usual with many joining via video.

By contrast, officials planning COP26 say the future of the planet is at stake and that Zoom is no substitute for meeting in-person. And they insist the risks can be minimised.

What is the safety plan for Glasgow?

The first line of defence is vaccination – it is not mandatory but “strongly encouraged”.

Vaccine doses have been promised to anyone registered with the UN and those should be available now.

The next barrier is regular testing – probably every other day and with lateral flow tests (the more reliable PCR tests were judged too slow).

In the event itself, there will be zones for global leaders and a “blue zone” for ministers, officials, observers and media – with both groups urged not to mingle.

Masks will be needed when moving around, numbers will limited in meeting rooms and there will be plenty of hand sanitiser.

Ventilation – a key safety measure – is mentioned in the official guidance though not spelled out.

So what’s the worry?

In the Olympics and Paralympics in Japan recently, competitors were isolated in an athletes’ village.

Instead in Glasgow, delegates will be staying in hotels in and around the city and will inevitably be meeting others.

I’ve seen for myself how informal talks and social events are a crucial part of COPs.

The city’s restaurants, where mixing is most likely, are being advised on Covid safety measures – but these can’t be policed.

Can more be done?

In Marseilles, at the conservation conference, no one unvaccinated from a red list country was allowed into France.

Also, face coverings had to be worn all the time indoors as well as outdoors.

And it is possible a higher grade of mask may be required. When the COP26 president Alok Sharma visited China this week, the delegations wore FFP2 masks – offering protection against infectious aerosols.