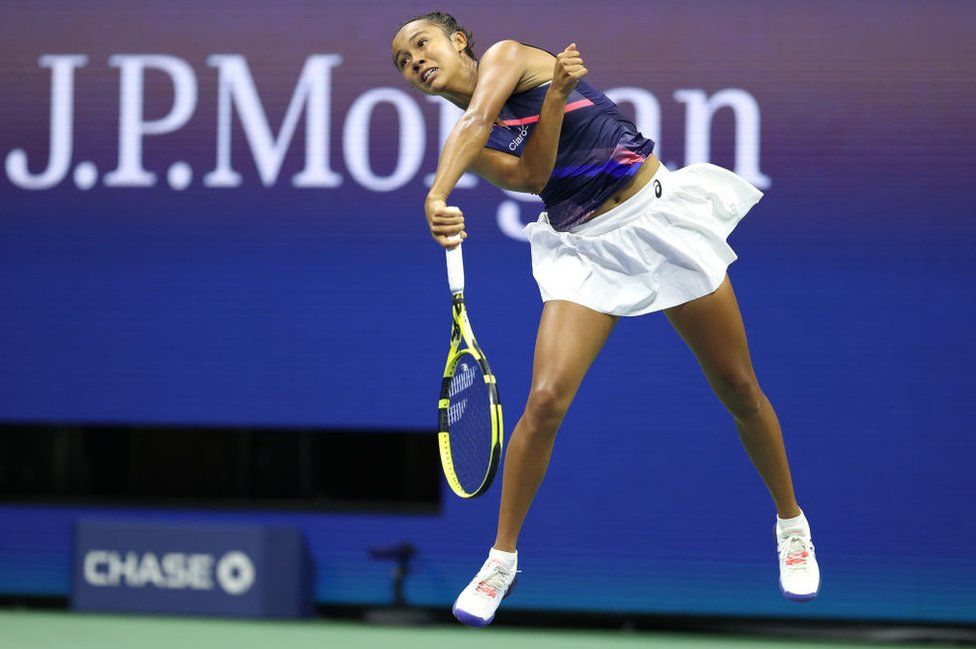 Leylah Fernandez has shocked the tennis world with her wins at the US Open in New York over the past two weeks.

The 19-year-old Canadian entered the tournament ranked 73rd in the world, but will now compete in the final against Emma Raducanu, 18, on Saturday.

Her improbable rise began in Montreal, where she was born to an Ecuadorian footballer father and mother whose parents were from the Philippines.

Shocked commentators have praised her for her blazing left-handed serves.

The petite 5-foot-6 (168cm) player defeated superstar Naomi Osaka earlier in the tournament, before going on to triumph over 17th-ranked Angelique Kerber and 5th-ranked Elina Svitolina.

Canadian Prime Minister Justin Trudeau spoke for many surprised Canadians when he tweeted his support for Fernandez – now a household name in Canada: “We’ve got a Canadian in the US Open final!”

Fellow Canadian and head coach of the Brooklyn Nets NBA basketball team Steve Nash also turned up to watch her play at a match this week.

Fernandez said after her semi-final match that Nash’s presence was “a huge inspiration”.

“I remember my dad used him as an example one time for a whole month, telling us that ‘we gotta fight, we gotta work hard just like Steve Nash’.”

Fernandez’s father, who is also her coach, has stayed behind in Canada with her younger sister while her mother accompanied her to the US Open.

“I was just very lucky to have my mum here at this tournament cheering for me and having fun with me all this time,” she told reporters, adding: “I’m just glad that right now everything’s going on our side.”