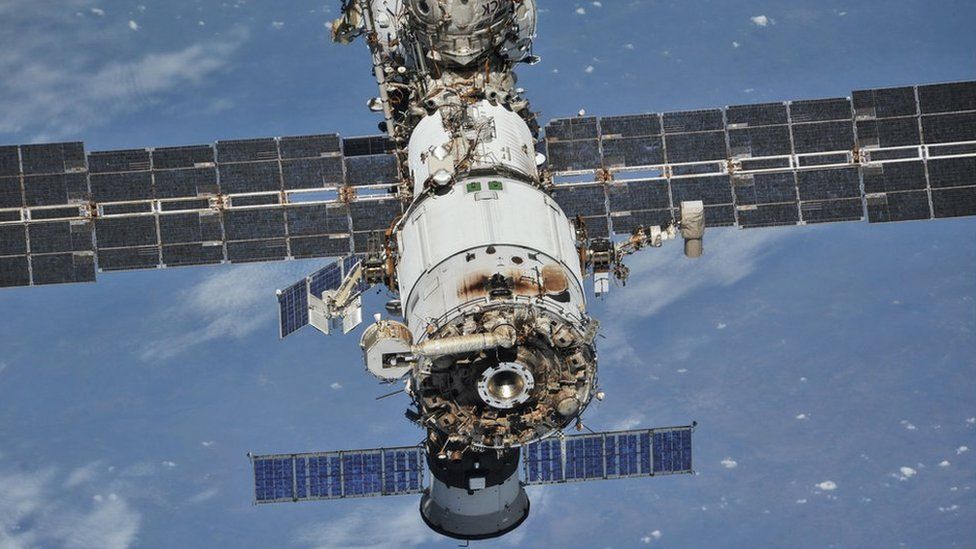 Alarms were triggered on board the International Space Station after the crew reported smoke and the smell of burning plastic.

The ageing space station has suffered a number of failures over the years and a Russian official recently warned of outdated hardware and failing systems.

These include air leaks, misfiring engines and cracks.

Russia’s space agency, Roscosmos, said later that all systems were back to normal.

The smoke was detected during recharging of the station’s batteries, the agency said, and the crew had now returned to “regular training”.

The burning plastic smell was reported to have spread from the Russian section to the US segment.

The US space agency, Nasa, said a spacewalk planned for later on Thursday would still go ahead, according to Russia’s Ria Novosti news outlet.

Two Russian cosmonauts are set to carry out work on the recently delivered Nauka science module.

Russian official Vladimir Solovyov told state media on 1 September that the ISS could suffer irreparable failures due to outdated equipment and hardware.

He also said small cracks had been discovered on Russia’s Zarya cargo section and they could worsen over time.

The ISS was built in 1998 as part of a joint project between Russia, the US, Canada, Japan and several European countries and was originally designed for a 15-year lifespan.

In April, Russia’s Deputy Prime Minister Yuri Borisov told state TV that aging metal on the station could “lead to irreversible consequences – to catastrophe. We mustn’t let that happen”.

Roscosmos said last year that structural fatigue meant the ISS would not be capable of operating beyond 2030.

In July, a malfunction caused the jet thrusters on the Nauka module to fire without warning, destabilising the ISS.

Russia said in April that it could leave the ISS and build its own space station by 2030, though nothing has been finalised.

There are currently seven astronauts on board the ISS: two from Russia, three from the US, one from France and one from Japan.