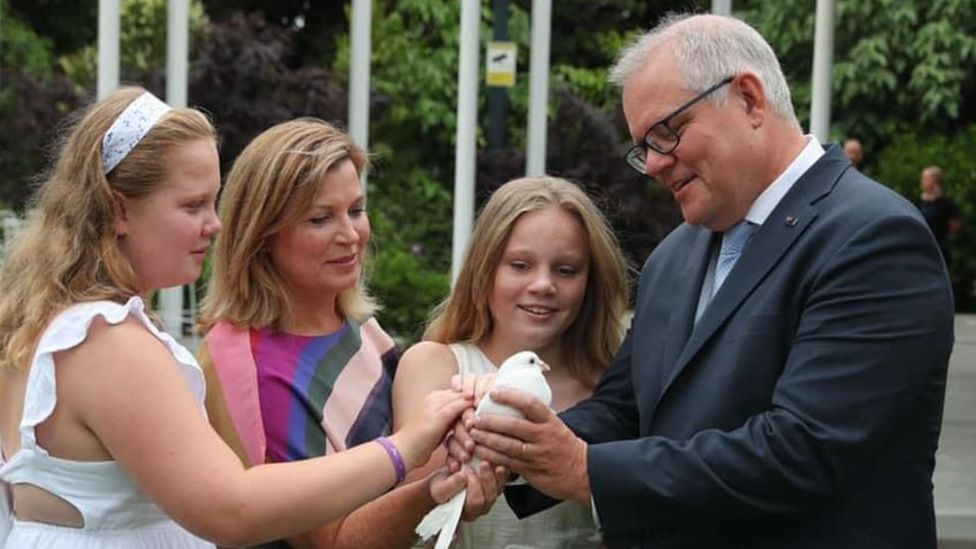 Australian Prime Minister Scott Morrison has been criticised for flying to visit his children on Father’s Day while families remain separated due to lockdown orders around the country.

Mr Morrison said he was given an exemption to travel from Canberra to Sydney on a private jet on the weekend.

Health authorities said they approved his trip given his unique role as an “essential worker”.

But critics said the action was an example of double standards.

More than half of Australians are in lockdown due to Delta variant outbreaks in Sydney, Canberra and Melbourne. Many state borders are also closed.

“It’s not that he doesn’t deserve to see his kids, but so does every other Australian. And I think when your people are doing it tough, you’ve got to do it tough too,” said Labor MP Bill Shorten.

“You can’t have one rule for Mr Morrison and another rule for everyone else.”

On Father’s Day – celebrated in Australia on the first Sunday of September – Mr Morrison posted a photo of his family, describing fatherhood as a “great blessing”. His caption said it was from “earlier this year”.

But his post did not mention he was in Sydney with his family, prompting critics to accuse him of concealing his trip.

On Tuesday, Mr Morrison dismissed it as a “cynical” attack from political opponents.

He added that he was living under strict conditions set by health authorities upon his return.

The controversy has caused much discussion on social media, to a mix of views.

One Canberra radio presenter tweeted that many listeners calling in had accepted Mr Morrison’s trip, but were “displeased at a perceived lack of honesty”.

Other people online drew comparisons with separated families who celebrated Father’s Day across barricades at a state border on Sunday.

Mr Morrison – who faces a general election before May – has seen his support decline recently due to delays in his government’s vaccine rollout, according to polling.

Earlier this year, he was also criticised his extending his G7 trip to the UK so he could explore his ancestry in Cornwall.

Australians are currently banned from international travel and must apply for an exemption if they wish to leave.