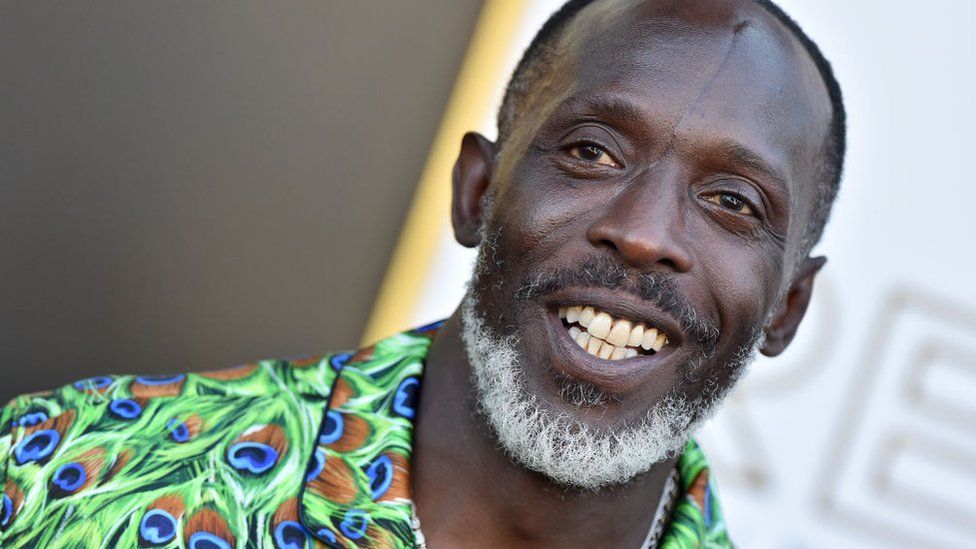 Tributes have been paid to US actor Michael K Williams, best known for starring in HBO drama series The Wire, following his death at the age of 54.

The Wire co-star Clarke Peters told BBC Radio 4’s Today programme: “He was a generous actor. It wasn’t me, me, me. It was us, us, us.”

Film-maker Spike Lee described Williams on Instagram as “his brother” and said he “was shook” at the news.

The Wire creator David Simon said he was “a fine man and a rare talent”.

Alongside a picture of Williams, Simon wrote that he was “too gutted right now to say all that ought to be said”, adding: “On our journey together he always deserved the best words. And today those words won’t come.”

The star was found dead in his New York apartment on Monday. US media quoted law enforcement sources as saying he died from a suspected drug overdose, but that has not been confirmed.

Williams, who was nominated for three Emmys, had openly discussed his struggles with drugs over the years.

In The Wire, he played Omar Little, a gay, streetwise robber of drug gangs.

He was also known for playing gangster Albert “Chalky” White in the Prohibition period TV series Boardwalk Empire. Other TV credits included Lovecraft Country, The Night Of, Bessie and When They See Us.

Peters, who played Lester Freamon in The Wire, said he “didn’t know whether to be sad or angry” about the death of his co-star.

“I’m sad that Michael is no longer with us because there was a very promising personality that could have done so much more. I’m angry because I feel he’s let us down by going back when he could have reached out,” he told the Today programme.

“Once a person is on that path, maybe it is very difficult for them to get off. So we, as a society, have to pull our socks up so we can help people like this.”

‘He sings their truth’

“Our greats are leaving us left and right. God bless,” he added alongside a photograph of himself with Williams at a basketball game.

Other tributes from the world of entertainment came from the likes of his The Wire co-star Wendell Pierce.

“A immensely talented man with the ability to give voice to the human condition portraying the lives of those whose humanity is seldom elevated until he sings their truth,” Pierce added.

Singer Mariah Carey shared a picture of herself with Williams, describing him as “a beautiful soul, a beautiful person”. She added: “I’ll miss you always. Thank you for blessing us with your talent.”

“If he was in a scene he was the best thing about it. Period,” wrote actor Edward Norton, who worked with Williams on the 2019 film Motherless Brooklyn.

He had a really rare gift for being fully present in the moment & for conveying the layers under the words. He ran so deep. He was also kind & generously enthusiastic. I’ll be forever grateful that he graced ‘Motherless Brooklyn’ & that I got to share space & time w him. RIP💔

Oscar winner Viola Davis simply wrote: “No! So sad. Man do I wish this were a different ending. Rest well. Praying for your loved ones.”

Fellow actress Kerry Washington posted on Twitter: “So heartbroken. Thank you for the beauty and joy you brought to the world. Sending love and prayers to your friends, family and everyone who adored you me included. We adore you Sir.”

She also retweeted a video of Pierce with Williams as the former praised the latter’s acting ability on the red carpet.

“This is heartbreaking to learn. We have lost an enormous talent in Michael K Williams,” tweeted Star Trek actor George Takei.

Director James Gunn described Williams as one of the “most gentle souls I’ve ever met”.

British actor Damson Idris wrote: “Rest in Peace Michael K Williams. Gone far too soon. A man that taught me so much. Thank you for your wisdom.”

In a statement, the HBO TV network, which aired 60 episodes of The Wire between 2002 and 2008, said: “We are devastated to learn of the passing of Michael Kenneth Williams, a member of the HBO family for more than 20 years.

“While the world is aware of his immense talents as an artist, we knew Michael as a dear friend who was beloved by all who had the privilege to work with him. We send our deepest condolences to his family for this immeasurable loss.”

Born in New York in 1966, Williams began his career as a dancer and performed with Madonna and George Michael before moving into acting with companies including the prestigious National Black Theatre Company.

In a BBC interview in 2018, Williams explained why The Wire was such a success. “I think it has just stayed with people because it’s still relevant now, because of the climate of what’s going on in the United States. I think it’s actually a little sad,” he said.

“It was the first show I saw that was created as what I call ‘edutainment’. It dived so honestly into what was wrong in our society, from the police department to our lawmakers to our school system, and the media. It represented what was happening in our community.”

The actor discussed his personal struggles with drugs over the years, even when he was starring in The Wire.

“I was playing with fire,” he said in an interview with news website NJ.com in 2012.

“It was just a matter of time before I got caught and my business ended up on the cover of a tabloid or I went to jail – or worse.”