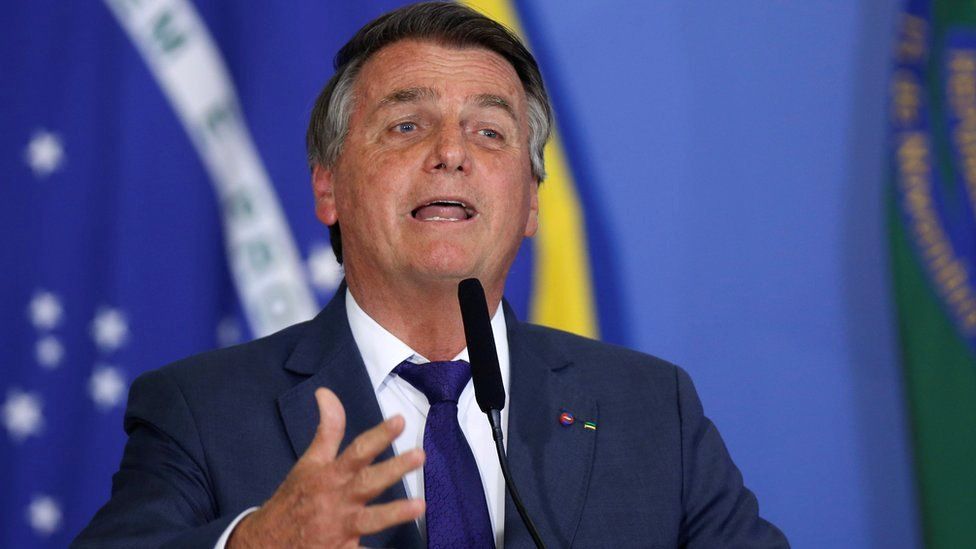 Brazil’s President Jair Bolsonaro has signed a decree aimed at restricting the powers of social media companies to remove accounts and content.

Mr Bolsonaro said a change of regulations was needed to combat the “arbitrary removal” of profiles.

He said the new legislation would help protect freedom of speech.

Throughout the coronavirus pandemic, Twitter and Facebook have removed many posts shared by the president and his supporters that were deemed misleading.

The new decree aims to provide clarity on the powers of social media companies to police content on their platforms, the president’s office said.

Details of the decree released so far simply state that tech giants will have to provide “just cause and motivation” before removing an account or content.

It is unclear, however, exactly the order will be enforced.

The announcement comes on the eve of what are expected to be large pro-Bolsonaro demonstrations across Brazil.

Supporters of the president will be protesting against the country’s Congress and Supreme Court, which last month added Mr Bolsonaro’s name to a list of people being investigated over the alleged production of misinformation.

Critics have said the marches, which coincide with the country’s Independence Day celebrations, represent a danger to democracy.

Mr Bolsonaro and his allies have frequently had posts on social media removed since the start of the pandemic.

In July, YouTube removed around 15 videos from a channel belonging to Mr Bolsonaro for spreading misinformation about Covid-19.

Some of the posts removed included videos that promoted the use of hydroxychloroquine, a malaria drug, and the anti-parasitic drug Ivermectin as treatments against the coronavirus – neither has been proven to be an effective treatment against the virus.

Last year, Facebook complied with an order by the Brazilian Supreme Court to block the accounts of dozens of Mr Bolsonaro’s top allies accused of promoting misinformation against federal judges.

Mr Bolsonaro has since encouraged supporters to engage with him on alternative platforms such as Telegram and Parler.