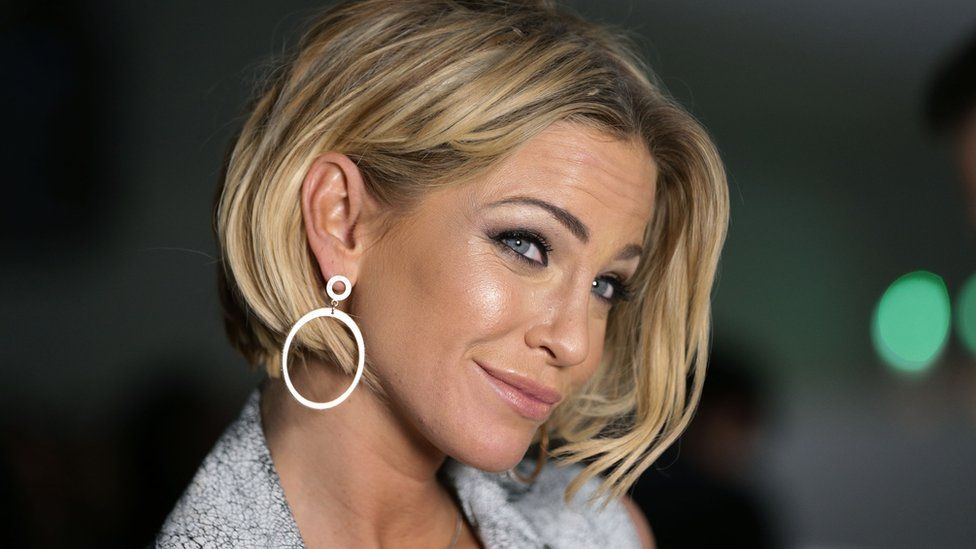 “I can’t accept that this day has come,” said Roberts, who shared photos of them together.

“My heart is aching and all day everything we went through together has raced round my mind.”

“Especially this last year since her diagnosis, as hard as the year has been, our new memories are strong in my heart.”

She added: “A part of me or us isn’t here anymore and it’s unthinkable and painful and utterly cruel. Electric girl, you made us. You gave it everything and still with a smile.”

“A white butterfly flew past my window this morning before I knew, it must have been you.”

Coyle wrote on Instagram: “I am absolutely devastated. I can’t think of words that could possibly express how I feel about this girl and what she means to me.

“I know so many of you will be feeling this way. For now I’m sending so much love to you.”

Harding revealed in August 2020 that she had been diagnosed with breast cancer, which had spread to other parts of her body.

Earlier this year, Harding said doctors had told her she would not see another Christmas.

In a post next to a black and white image of Harding, her mother wrote: “It’s with deep heartbreak that today I’m sharing the news that my beautiful daughter Sarah has sadly passed away.

“Many of you will know of Sarah’s battle with cancer and that she fought so strongly from her diagnosis until her last day. She slipped away peacefully this morning.

“I’d like to thank everyone for their kind support over the past year.

“It meant the world to Sarah and it gave her great strength and comfort to know she was loved.

“I know she won’t want to be remembered for her fight against this terrible disease – she was a bright, shining star and I hope that’s how she can be remembered instead.”

Harding shot to fame in 2002 as a contestant on Popstars: The Rivals – an ITV talent show which aimed to find both a new girl band and boy band.

She made it to the final and gained the final spot in the group which became Girls Aloud – despite being the underdog according to bookmakers – alongside Roberts, Coyle, Kimberley Walsh and Cheryl Cole (then Tweedy).

TV and music stars have been among those to pay tribute to Harding, who was born in Ascot, Berkshire, on 17 November 1981, and later moved to Stockport, Manchester.

Former Spice Girl Geri Horner – a judge on Popstars: The Rivals – tweeted: “Rest in peace, Sarah Harding. You’ll be remembered for the light and joy you brought to the world.”

Fellow judge Pete Waterman described Harding as “a lovely, lovely person” and “a delightful young kid”, adding: “She was great – enthusiasm, full of life. This is a tragedy.”

Louis Walsh, who helped create the group, said he would remember her with “great fondness”. He added: “She was always fun and the life and soul of the party. Anytime she came to Dublin in the early days, we went out to the Pod nightclub and would be the last to leave.”

Another member of the ITV talent show’s cast, TV presenter Davina McCall, wrote it was “so, so sad” to hear the news. “A star from the get go, hugely fun and outgoing yet also somehow fragile… love to her family and friends.”

Former boyfriend Calum Best, a reality TV star, spoke of the “crazy fun times and adventures” they had together, saying she would be “so very missed”.

How can you spot breast cancer?

The most common sign of breast cancer is a lump or thickening in the breast – but there are other symptoms too.

These symptoms can be caused by other conditions, so it is important to get any lumps or changes checked by a doctor.

Breast cancer is the most common cancer in the UK, with women over 50 more at risk than the under-40s.

But there are many other factors that can increase a person’s risk, including a family history of cancer and being overweight.

Many treatments are available for breast cancer and survival is generally good if the disease is detected early.