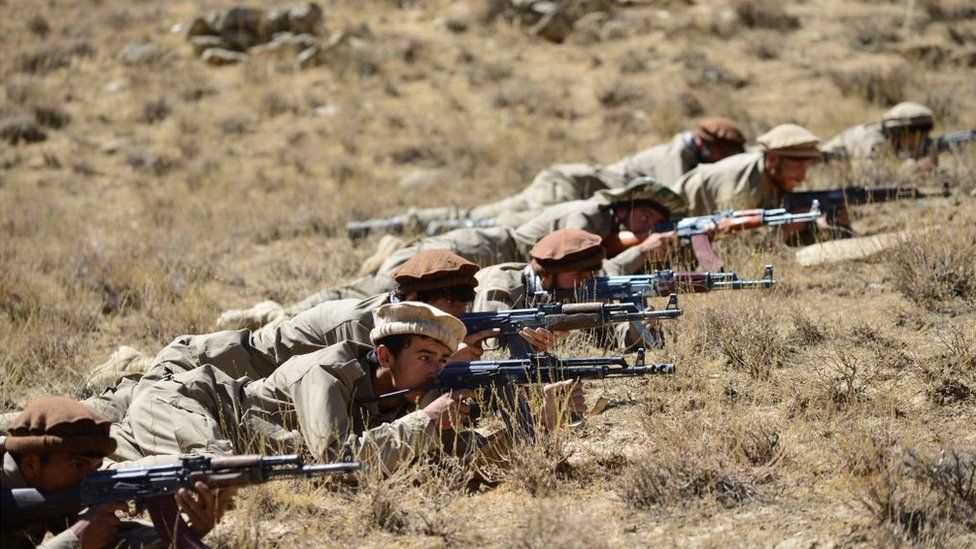 The leader of the Afghan resistance group waging an intense battle against the Taliban in the Panjshir Valley has said he is open to enter peace talks.

Ahmad Massoud said he supported a plan, put forward by religious clerics, for a negotiated settlement, and called on the Taliban to end their offensive.

The province, north of the capital Kabul, is the most prominent example of resistance to Taliban rule.

The Islamist group took control of the rest of Afghanistan three weeks ago, taking power in Kabul on 15 August following the collapse of the Western-backed government.

In a post on Facebook, Mr Massoud said the National Resistance Front of Afghanistan (NRF), which includes former Afghan security force members and local militias, would be prepared to stop fighting if the Taliban ceased their attacks.

There was no immediate response from the Taliban.

Panjshir, a rugged mountain valley, is home to between 150,000 and 200,000 people. It was a centre of resistance when Afghanistan was under Soviet occupation in the 1980s and during the Taliban’s previous period of rule, between 1996 and 2001.

The NRF said its spokesman Fahim Dashti and a commander, Gen Abdul Wudod Zara, had been killed in the conflict, while a prominent Taliban general and 13 bodyguards had also died.

Earlier, the Taliban said their forces were now in the provincial capital, Bazarak, where they inflicted “numerous casualties”, though this was disputed by the NRF.

Meanwhile in Kabul, UN humanitarian chief Martin Griffiths met Taliban leaders and urged them to protect all civilians, especially women, girls and minorities. He was pictured with Mullah Abdul Ghani Baradar, one of the founders of the Taliban movement.

A UN spokesman said the Taliban leaders had given a commitment to allow humanitarian access to all people in need and to guarantee freedom of movement for all humanitarian workers, both men and women.

According to the UN, 18 million Afghans, nearly half of the population, are in need of humanitarian assistance.

Also on Sunday, the Taliban gave more details of how segregation of the sexes will be enacted in universities. In an extensive document, the new authorities said men and women must be separated, if necessary by a curtain.

Ideally, women will be taught by women but if none are available then “old men” of good character can step in, AFP news agency reported. Female students must wear an abaya, or robe, and niqab, or face veil.

Since taking power, the Taliban have sought to portray themselves as more tolerant, but incidents of brutality and repression are still being reported in parts of Afghanistan. On Saturday, Taliban officials broke up a demonstration by dozens of women in Kabul demanding rights.

Human rights groups have also documented revenge killings, detentions and persecution of religious minorities. The Taliban have said officially that they will not seek retribution against those who worked for the former government.