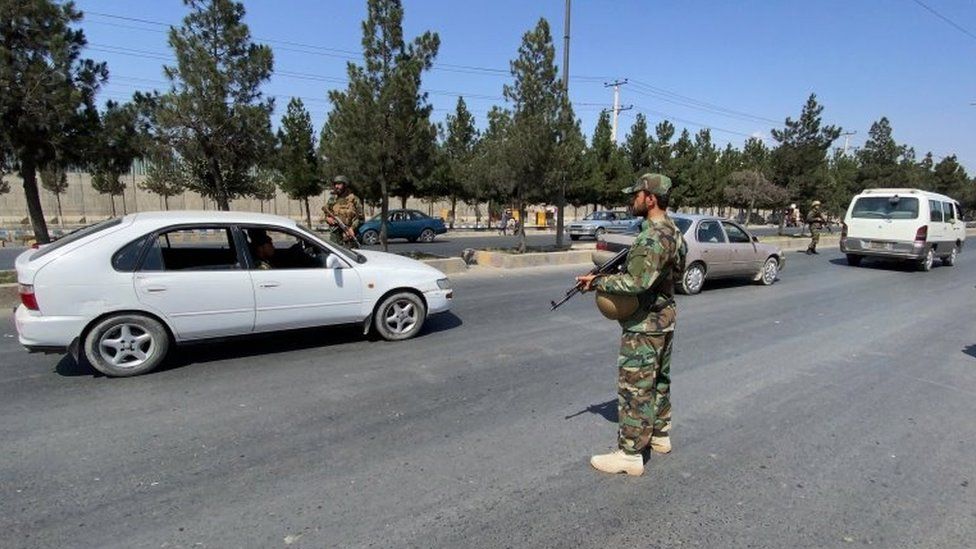 A US lawmaker has accused the Taliban of stopping Afghans and Americans from leaving Afghanistan via Mazar-i-Sharif International Airport.

Republican House member Michael McCaul said on Sunday that planes had been trying to leave the airport “for the last couple of days”.

An NGO confirmed to the BBC that it had people waiting to board one of the flights.

The Taliban has denied the claims, labelling them as propaganda.

Spokesman Zabihullah Mujahid told the BBC: “This is not true. Our Mujahideen have nothing to do with ordinary Afghans. This is propaganda and we reject it.”

“[The State Department] has cleared these flights and the Taliban will not let them leave the airport,” he said.

The Texas representative added: “We know the reason why is because the Taliban want something in exchange.”

In an email to members of Congress seen by CBS News, the State Department acknowledged there were charter flights at Mazar-i-Sharif that the Taliban will not allow to fly until they have approved the departure.

The BBC has contacted the State Department for comment.

Marina LeGree, founder and CEO of the NGO Ascend Athletics which works with Afghan girls and women, told the BBC that the number of planes could be higher than six, saying she has heard there could be as many as 1,000 people waiting to get out.

Her organisation has a group of 34 people who have been waiting to leave for six days, among them 19 Americans and two green card holders.

They are part of a larger organised evacuation under the auspices of the US government.

Ms LeGree said she believed a dispute or negotiation between the Taliban and the Afghan airline Kam Air was holding up the flights.

“We’re just patiently waiting like everyone else and we’ve got people with families, there’s a three-year-old in our mix who has been hauled around for a week now,” she said.

She added that the Taliban had come into the place where people were being held and arrested people a couple of times.

The US withdrew its troops from Afghanistan last week after 20 years in the country. More than 120,000 US citizens, allies and Afghan citizens were evacuated from Kabul airport.

But there is concern that many more at-risk Afghans are still left in the country.