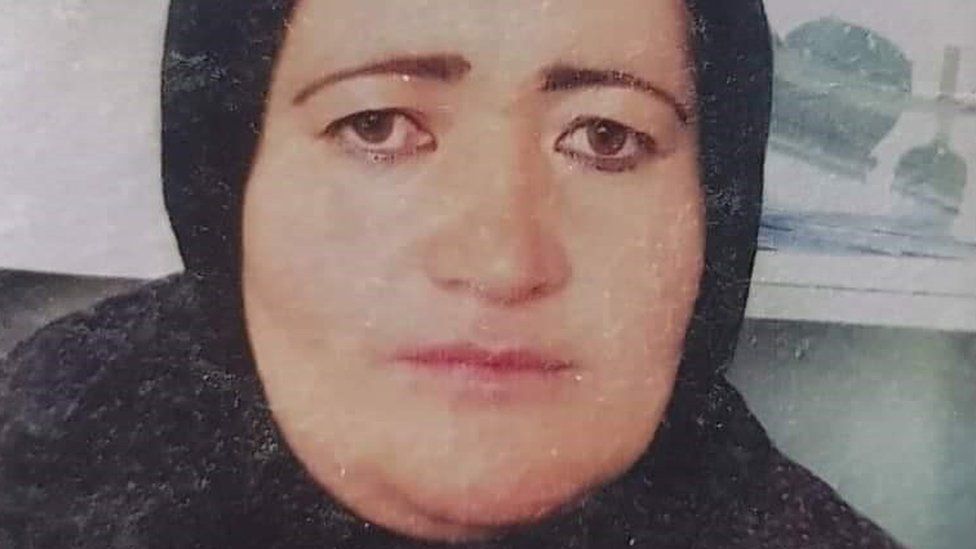 Taliban militants in Afghanistan have shot dead a policewoman in a provincial city, witnesses have told the BBC.

The woman, named in local media as Banu Negar, was killed at the family home in front of relatives in Firozkoh, the capital of central Ghor province.

The killing comes amid increasing reports of escalating repression of women in Afghanistan.

The Taliban told the BBC they had no involvement in Negar’s death and are investigating the incident.

Spokesman Zabiullah Mujaheed said: “We are aware of the incident and I am confirming that the Taliban have not killed her, our investigation is ongoing.”

He added that the Taliban had already announced an amnesty for people who worked for the previous administration, and put Negar’s murder down to “personal enmity or something else”.

Details of the incident are still sketchy as many in Firozkoh fear retribution if they speak out. But three sources have told the BBC that the Taliban beat and shot Negar dead in front of her husband and children on Saturday.

Relatives supplied graphic images showing blood spattered on a wall in the corner of a room and a body, the face heavily disfigured.

The family say Negar, who worked at the local prison, was eight months pregnant.

Three gunmen arrived at the house on Saturday and searched it before tying members of the family up, relatives say.

The intruders were heard speaking Arabic, a witness said.

Since taking power on 13 August, the Taliban have sought to portray themselves as more tolerant than their global reputation suggests, but incidents of brutality and repression are still being reported in parts of Afghanistan.

Human rights groups have been documenting revenge killings, detentions and persecution of religious minorities. The Taliban have said officially that they will not seek retribution against those who worked for the former government.

Women’s education was banned under the Taliban’s previous period of rule in the 1990s, but they have now issued guidance on teaching in universities.

Women will be allowed to attend, but classes will be segregated by sex, and female students must wear an abaya, or robe, and niqab, or face veil, AFP reports.

On Saturday, Taliban officials broke up a demonstration by dozens of women in Kabul demanding the continuation of rights built up since the end of the Taliban’s previous spell in power.

The group say the Taliban targeted them with tear gas and pepper spray as they tried to walk from a bridge to the presidential palace.

Meanwhile, fighting is reported to be continuing in the Panjshir Valley, north of Kabul. The province is the only part of Afghanistan actively resisting Taliban rule.

The Taliban say their forces are now in the provincial capital, Bazarak, where they inflicted “numerous casualties”.

But the opposition National Resistance Front of Afghanistan earlier accused the Taliban of spreading fake propaganda.