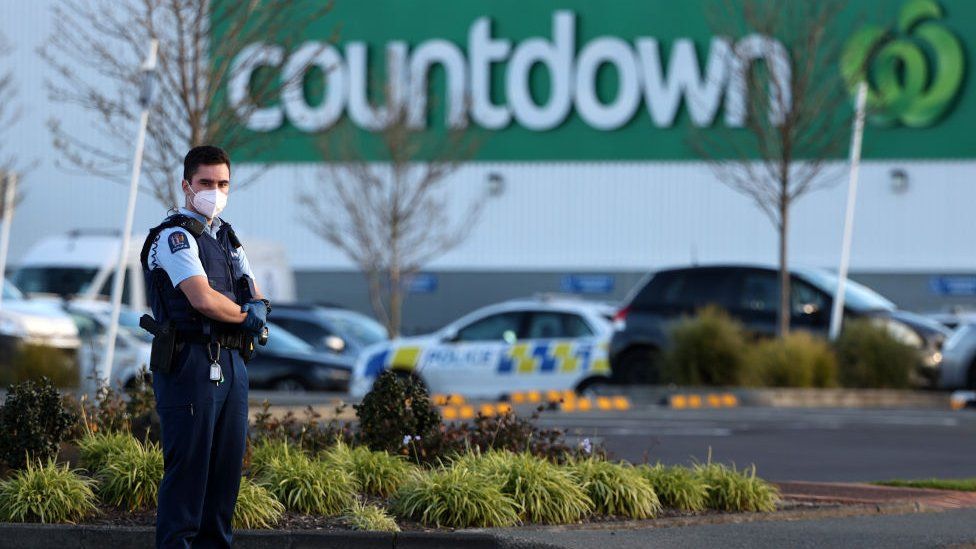 Police in New Zealand shot and killed a “violent extremist” after he stabbed and wounded at least six people in an Auckland supermarket.

Prime Minister Jacinda Ardern described the event as a “terrorist attack” by a Sri Lankan national who was under police surveillance.

The man, who cannot be identified, was inspired by the Islamic State terrorist group, Ms Ardern said.

Police killed the man within 60 seconds of the attack.

“What happened today was despicable, it was hateful it was wrong,” Ms Ardern said in a press conference on Friday afternoon.

“It was carried out by an individual, not a faith.”

She added that she was “absolutely gutted” to hear about the attack.

How did the attack unfold?

The attack took place at the Countdown supermarket at LynnMall in the district of New Lynn on Friday afternoon.

He reportedly took a large knife from a display cabinet in the store and went on a stabbing spree. Surveillance teams had been close by the entire time.

One witness told news outlet Stuff NZ that the supermarket was a scene of hysteria at the time.

Videos online show panicked shoppers running out of the supermarket before the sound of gun shots could be heard.

“[People were] running out, hysterically, just screaming, yelling, scared,” he said, adding that he saw an elderly man lying on the ground with a stab wound.

What do we know about the attacker?

The man, whose identity cannot be revealed due to court suppression orders, had arrived in New Zealand in October 2011 and became a person of national security interest in 2016, said Ms Ardern.

He had been under constant monitoring and heavy surveillance due to concerns about his ideology. He was known to multiple agencies and was also on a terror watchlist.

Ms Ardern said that until Friday, he had not committed any offences that would lead to arrest or detention.

When asked about the man’s motivations, she said they were “ISIS-inspired”.

Questions have been raised about why action against him was not taken before six people were injured – especially since he was under close surveillance.

“The reality is, that when you are surveilling someone on a 24/7 basis, it is not possible to be immediately next to them at all times. The staff intervened as quickly as they could and they prevented further injury in what was a terrifying situation,” said Police Commissioner Andrew Coster.

Mr Coster added that the attacker was very surveillance-conscious, and that teams needed to maintain a distance to be effective.

Is there any further danger?

Authorities are confident the attacker was acting alone and that there is no further danger to the community, according to Mr Coster.

The supermarket has been shut until further notice.