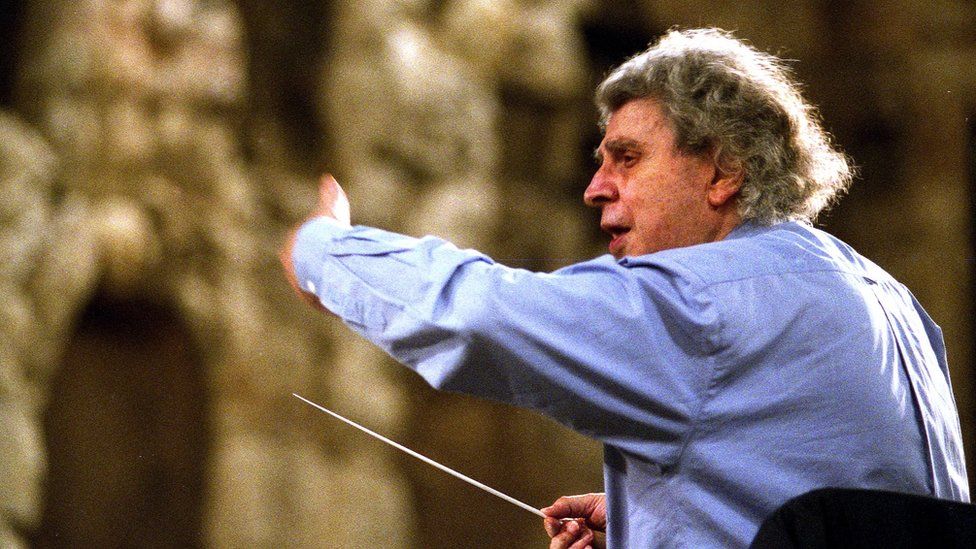 Mikis Theodorakis, the celebrated composer best known for the music from the 1964 film Zorba the Greek, has died in Athens aged 96.

Theodorakis was in the resistance to the Nazi occupation of Greece in World War Two and later served as an MP.

He was also a leading figure opposing military rule in Greece from 1967-1974.

Zorba the Greek told the story of an English writer in Crete whose life is transformed when he meets Alexis Zorba, a gregarious peasant.

The scene when Zorba dances barefoot on the beach became a popular image of Greek culture. The theme from the film, which won three Oscars, remains probably the most famous piece of Greek music more than half a century later.

“Today we lost a part of the soul of Greece,” Culture Minister Lina Mendoni wrote on Twitter, calling him “the one who made all Greeks sing poetry”.

Theodorakis also wrote the film music for Serpico (1973) and a song cycle called the Mauthausen Trilogy, with lyrics based on poems of a concentration camp survivor.

The song Antonis from that work became popular with Afghans. It was sung by the residents of Kabul in 2001 who greeted troops of the Northern Alliance as they entered the city and expelled the Taliban.

The same song was the theme of the 1969 film Z, whose soundtrack won a Bafta Award for Best Film Music in 1970. The film, directed by Costa-Gavras, is a thinly fictionalised account of the assassination of a left-wing Greek politician.

Theodorakis himself was for much of his life a leftist and at times a communist. In 1947, during the civil war that followed World War Two, he was arrested and tortured.

The BBC’s Kostas Kallergis says Theodorakis expressed the will to fight against fascism and the sense of liberty Greeks felt after the fall of the military junta in 1974.

Theodorakis’s songs were always deeply political. He was repeatedly jailed for his beliefs and was sent into exile within Greece.

He remained politically active throughout his life.

In the 2010s he joined protests against austerity, calling for reparations from Germany for the wartime occupation. He also spoke out against the deal ending the 27-year dispute over the name of the former Yugoslav republic of Macedonia, now Northern Macedonia.

He leaned towards the right at the end of the 1980s and even served as a minister in a right-wing government, but he was always an iconic figure for all Greeks, both leftists and conservatives, Kostas Kallergis says.