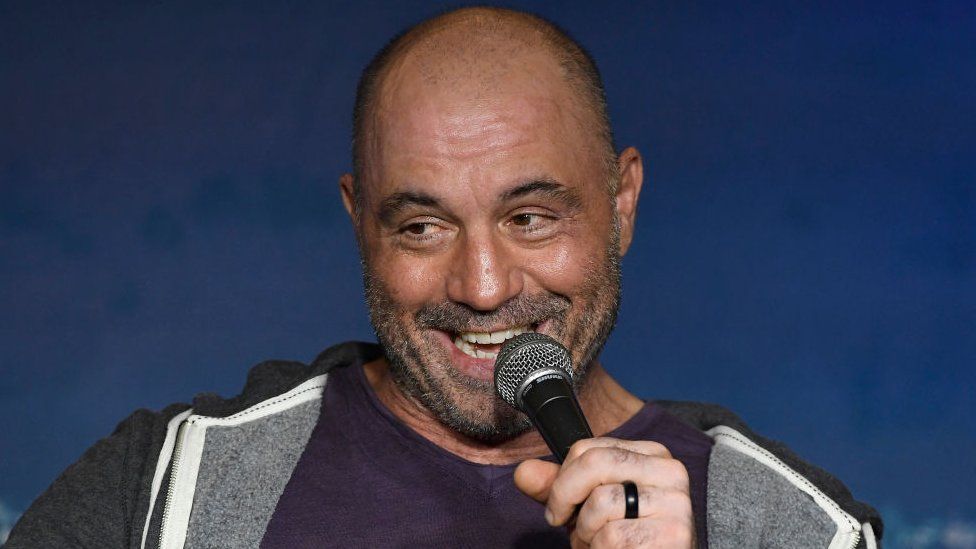 Hugely popular US podcast host Joe Rogan has announced he has Covid, months after he caused controversy by suggesting young, healthy people did not need the coronavirus vaccine.

Rogan told his 13.1 million Instagram followers he was recovering but would have to postpone his next show.

In April he faced a backlash over his vaccine comments. He later clarified: “I’m not an anti-vax person.”

Anyone over the age of 12 in the US is eligible for a vaccine and nearly 62% of the country has received at least one dose. However, there has been a slowdown in the vaccination rate – particularly in the southern states – which has been blamed in part by a lack of urgency among young people.

Rogan, 54, said on Instagram he had returned from a show in Florida when he began to feel “very weary” and “run down”, with a headache.

He said he had quarantined himself from his family and taken a Covid test, which came back positive.

“We immediately threw the kitchen sink at it, all kinds of meds,” he said, listing a string of medicines including the deworming drug ivermectin, which health experts say has yet to prove effective against Covid.

He said that, three days on, he felt “great” but he would have to move Friday’s show in Nashville to 24 October.

“A wonderful heartfelt thank you to modern medicine for pulling me out of this so quickly and easily,” he ended his post by saying. It was not clear if he had been vaccinated.

The stand-up comedian and TV host-turned media mogul is known for courting controversy thanks to his blunt and sometimes inflammatory style on air.

His podcast, the Joe Rogan Experience, was Spotify’s most popular podcast in 2020 and he also has millions of followers on both Instagram and Twitter.