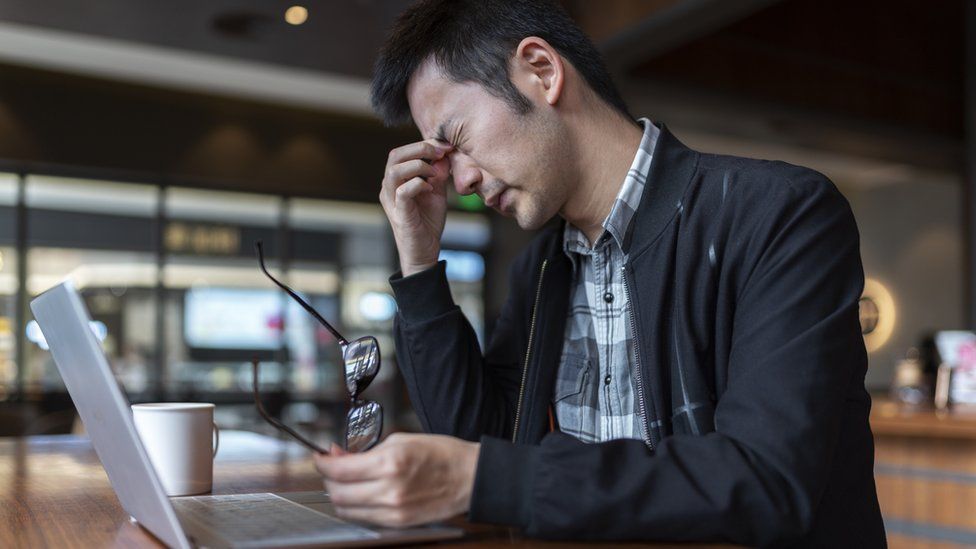 Chinese tech tycoon Jack Ma famously said it was a “blessing” for anyone to be part of the so-called “996 work culture”- where people work 9am to 9pm, six days a week.

Now, China’s authorities have issued a stern reminder to companies that such punishing work schedules are in fact, illegal.

The cases covered various scenarios across a wide range of sectors, from tech to the media and construction.

The one thing they had in common? The employers had lost.

“Legally, workers have the right to corresponding compensation and rest times or holidays. Complying with national working hours is the obligation of employers,” the notice warned, adding that further guidelines will be developed to resolve future labour disputes.

But will China’s clearest warning yet pave the way for real change for some of its overworked citizens?

According to China’s labour laws, a standard work day is eight hours-long, with a maximum of 44 hours a week. Any work beyond that requires extra pay for overtime.

But this has not been well enforced.

In many of the country’s biggest firms – particularly in the thriving tech sector – employees often work far longer hours and are not always compensated.

Employees have grumbled about their brutal schedules over the years, and some have even tried to fight back. In 2019, a group of programmers made headlines when they launched a campaign on code-sharing platform Github, blacklisting start-ups that overworked staff from using their open-source code.

Yet, gruelling 996 culture has carried on, with the government taking a hands-off approach.

After all, this same work ethic has also been credited as the driver of success for these firms, some of which have since become incredibly prominent on the world stage.

But public anger means authorities can no longer turn a blind eye, experts told the BBC.

“It has reached a tipping point, and there’s a real sense of urgency for the officials to get this message out now – especially after the very high-profile worker deaths,” said Dr Jenny Chan from Hong Kong Polytechnic University.

Earlier this year, two employees at e-commerce platform Pinduoduo died weeks apart – a young worker collapsed on the way home after working long hours, while another died by suicide.

And in January, a food delivery driver set himself on fire after he was allegedly denied $770 (£559) in overdue wages, just one month after a worker had died while delivering meals for online platform Ele.me.

It is unclear if the cases were directly linked to overwork, but they caused outraged netizens to debate 996 culture and the “dark side” of working at some of the country’s most acclaimed firms.

And for many workers who are pulling in longer hours than ever amid the pandemic, enough was enough.

“I am so tired. I can’t remember when I last saw daylight. Meanwhile, big companies are just getting richer. How is this fair?” one user wrote on microblogging platform Weibo.

The widespread backlash has not sat well with Beijing, which strives to maintain social stability – all the more crucial given the sheer number of people working in the digital economy.

“Whether it’s the knowledge workers in internet businesses or the blue-collar workers at delivery platforms – both employ millions of workers, and many are most likely working 996 hours,” Dr Song Zhaoli, of the National University of Singapore, said.

With grievances rising among workers, some are mobilising collective action. According to Hong Kong-based NGO China Labour Bulletin, 131 cases of food delivery worker protests were recorded between 2016 and 2021.

A move towards better labour protection also comes as the attitudes of many young Chinese have changed, experts say.

Unlike their parents who believed that hard work pays off, there has been a growing sense of dissatisfaction among exhausted youth who see little reward in doing the same.

Some are so disillusioned that the “tang ping” movement – literally meaning to “lie flat” – has gained traction in recent months, referring to the idea that people should not overwork and instead be content with more attainable achievements.

But this is a concept that worries authorities as the country grapples with a shrinking labour force in the years ahead. In May, China’s once-a-decade census revealed its slowest population growth in decades.

“This is of big concern for the government because it needs these workers to keep the economy going,” Dr Chan said.

“That’s why it is now trying to create an employment system that seems more humane for young workers – to make work appealing to them. China needs them to remain competitive.”

On social media, general reactions to last week’s state notice were cautious, with many wondering if it would truly improve their working lives.

But experts are more optimistic.

As China continues its crackdown on some of its largest firms to stem their influence, companies will not dare to cross lines, they say.

“The court cases were set as examples in a clear message to employers – if you don’t treat your workers well, you will lose,” Dr Chan said.

And it seems to have started working.

“From now on, we are people who will have full weekends! Let’s work towards creating a happy and progressive environment for our workers,” it said in an online post.

Workers may now also feel more emboldened to take their bosses to court.

“I expect more workers will likely invoke their rights under the labour laws when they feel they have been mistreated,” said Angela Zhang, a law professor from the University of Hong Kong.

“Following the guidance from the Supreme Court, lower courts in China will also be more likely to support the stance of the workers in similar labour disputes.”

China has further relaxed its child policy, allowing couples to have up to three children. Here’s what Beijing residents have to say about it.