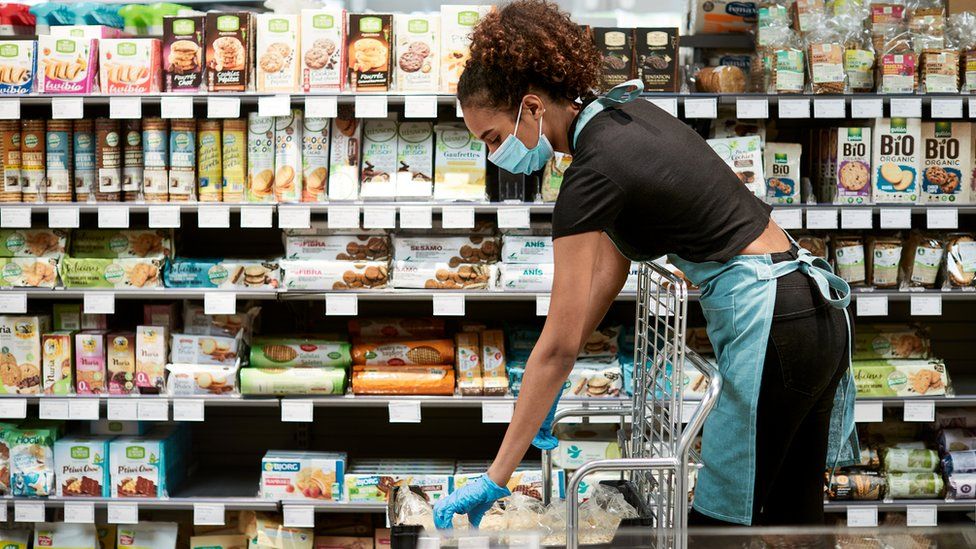 Key parts of the food industry will be allowed to do daily Covid testing from Friday instead of asking staff to self-isolate.

The government said daily testing would be implemented at key sites, such as supermarket depots and food manufacturers.

Frozen food chain Iceland said this week it was having to shut stores because 1,000 staff had been alerted by the NHS Covid app.

Managing director Richard Walker said images of empty shelves were isolated incidents and said shoppers had “no reason to panic”. But he said “the government should be panicking” about the possibility of a worker shortage.

The new daily contact testing measures will begin at 15 supermarket depots from Friday, followed by 150 depots next week, but it will not apply to supermarket store staff.

It will mean depot workers who are alerted by the app or contacted by NHS Test and Trace will be able to continue working if they test negative, whether or not they are vaccinated.

In a separate development, other key industries will also be allowed to deploy daily Covid testing instead of self-isolation for a limited number of essential workers who are fully vaccinated.

Scotland has also launched a system of exemptions from self-isolation, covering workers in sectors such as health and social care.

Environment Secretary George Eustice said: “We recognise there are some absences in the food supply chain so what we’re announcing is for the top four hundred or so sites, things like supermarket depots, and some of the key food manufacturers.

“We’re going to change the system, and enable them to test and return to work, so somebody who is contacted in future by test and trace or is pinged will be able to have daily contact testing for seven days and be able to carry on working, provided their tests remain negative.”

Mr Eustice added: “We’re still concerned about the level of hospitalisations, so we want to do what’s necessary to get the food supply chain working, but at this stage not go as far as including those stores.”