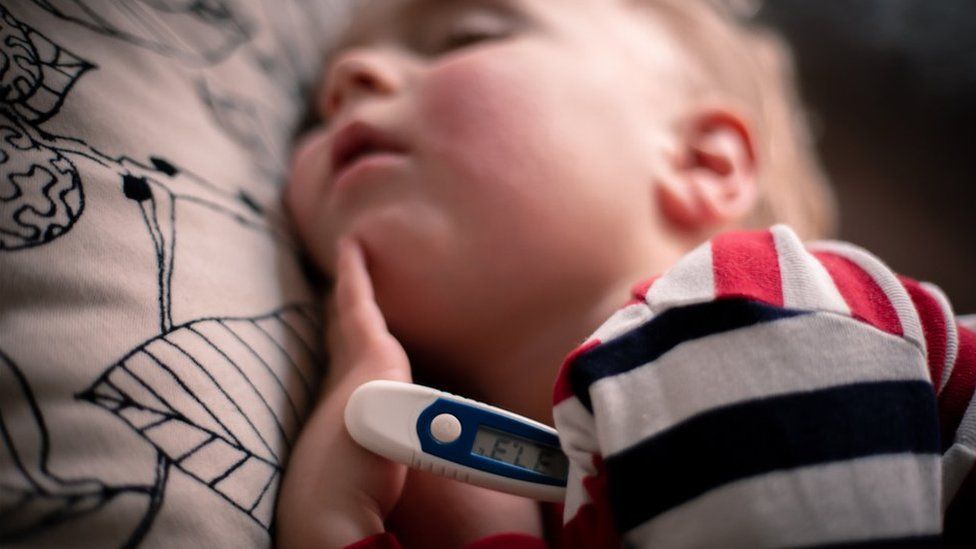 Parents are being warned to look out for the signs of a common childhood respiratory illness, RSV, cases of which unusually appear to be rising rapidly in the summer .

RSV is a very common winter virus – but social distancing and lockdowns have kept it at bay until now.

And this means young children have not been exposed and developed immunity.

Public Health England said it would just cause mild illness for most but some under-twos were at higher risk.

These can include infants born prematurely or with a heart condition.

And they can be at risk of more serious complications, including breathing difficulties caused by bronchiolitis.

PHE said parents should contact their GP or call NHS 111 if their child:

They should dial 999 for an ambulance if:

PHE medical director Dr Yvonne Doyle said: “This winter, we expect levels of common seasonal illnesses such as cold and flu to increase, as people mix more and given that fewer people will have built up natural immunity during the pandemic.

“Children under two are at a particular risk of severe infections from common seasonal illnesses.”

PHE has raised the alarm after its surveillance programme, from samples taken by GPs and hospitals, found the positivity rate for RSV had risen from 1.2% to 8.9% in the past five weeks.