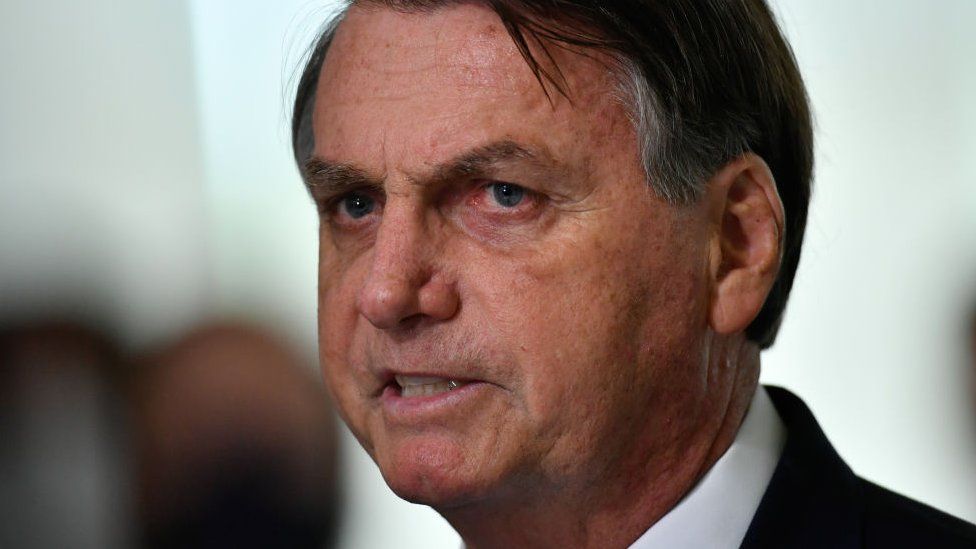 YouTube says it has removed videos posted by Brazilian President Jair Bolsonaro, because they spread misinformation about coronavirus.

The tech giant said its decision was not based on ideology or politics, but on its content policies.

Since the start of the pandemic, the president has spoken out against lockdowns, masks and vaccinations.

The president’s office has not commented on YouTube’s decision, which affects 15 videos, local media say.

His channel features weekly national addresses, and conversations with ministers about various issues – some of which are live-streamed.

“Post-HIV pandemic, HIV continues to exist. There are still some who are contaminated, most are treated, and life goes on,” said Mr Pazuello.

In another video of a CNN broadcast, a Brazilian doctor recommended hydroxychloroquine and ivermectin as treatments against Covid-19.

YouTube said it does not allow content on its platform that promotes either substance as an effective treatment.

It also said its rules forbid videos that say masks do not help to prevent the spread of the virus.

This is not the first time that President Bolsonaro’s online content has been removed from major digital platforms because of policy violations.

During the pandemic Brazil has grappled with one of the world’s largest and deadliest outbreaks of coronavirus, and the president has faced mounting criticism for his handling of the crisis.

In April, Brazil’s congress launched an official inquiry into the Bolsonaro government’s response to the pandemic.