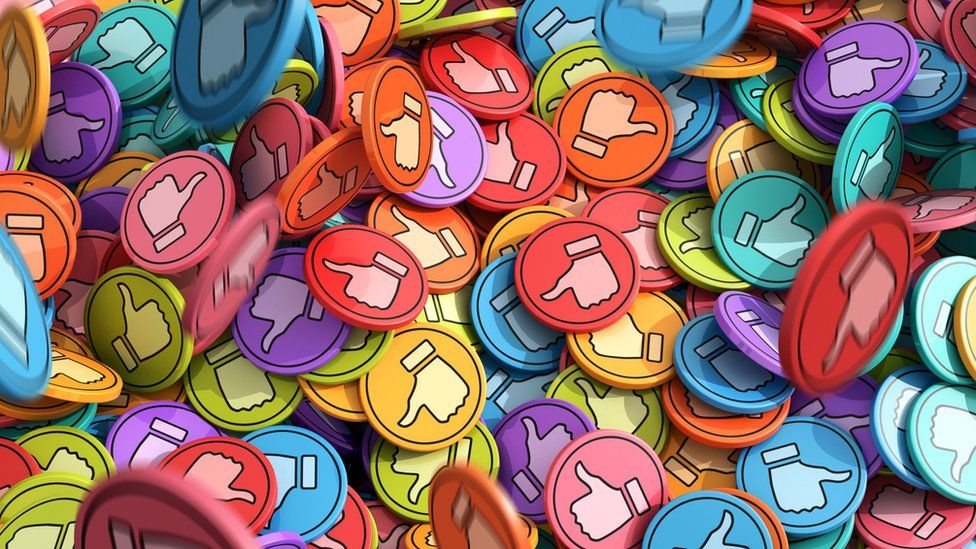 Some iOS Twitter users will see up and down votes on comments as parts of research “to understand the types of replies you find relevant”, the social network says.

The voting buttons will be thumbs or arrows according to a graphic shared by Twitter.

Twitter said downvotes will not be visible to other users and will not change the order of replies.

Commentators have drawn parallels with Reddit’s use of up and down voting.

Twitter’s interest in methods for users to downvote or dislike had already been trailed last year by product lead Kayvon Beykpour who tweeted it was something “we’re exploring”.

But in today’s announcement the company was clear this was not a “dislike” button.

Some key notes about this experiment:

1. This is just a test for research right now.
2. This is not a dislike button.
3. Your downvotes are visible to you only.
4. Votes won’t change the order of replies.

Upvoting and downvoting are features of many sites, but users were uncertain as to whether this would improve the quality of interaction on twitter.

One writer wryly observed in a popular tweet: “I for one am glad that twitter is introducing a dislike button as the one thing this platform doesn’t have enough of is unnecessary negativity.”

Cody Elam, a user researcher at Twitter, tweeted that the change “gives people the power to privately voice their opinion on the quality of replies without publicly shaming others while also giving us more nuanced feedback.”

Presently twitter allows users to hide individual replies to their tweets so that other users need to click if they wish to read them.