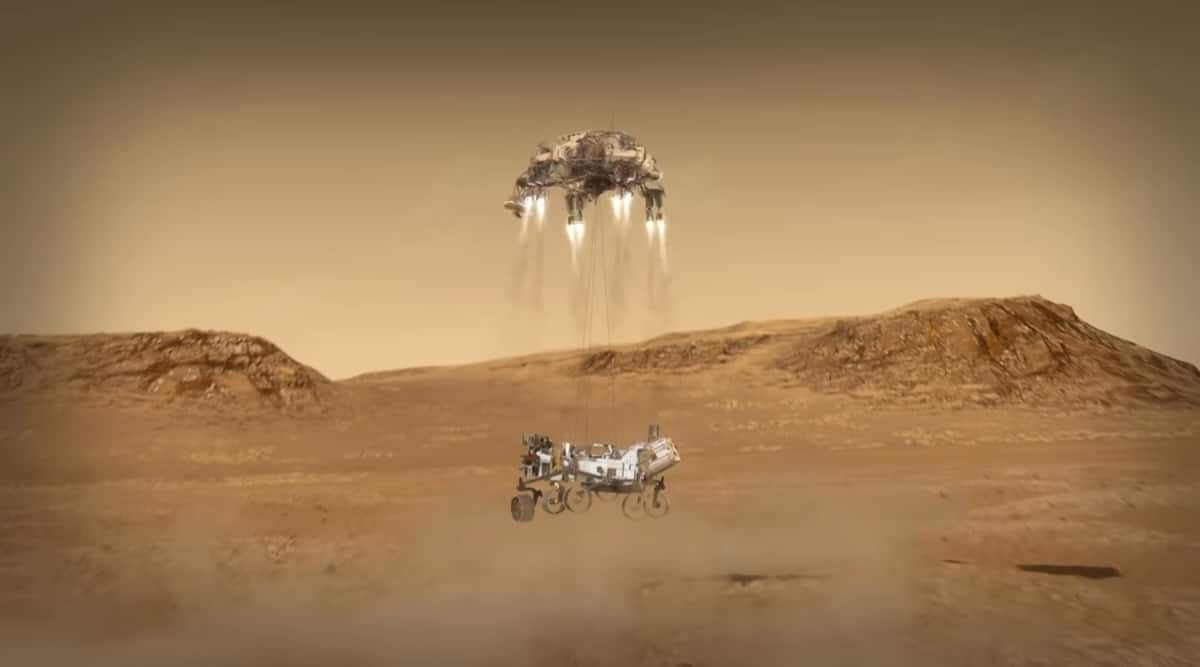 National Aeronautics Space Administration’s (NASA) Perseverance rover will be attempting to land on Mars’ Jezero crater later tonight. It will be February 19 at 2:25 AM IST when the rover lands on the red planet. All eyes will be on the historic landing as it has been touted as the most difficult landing ever attempted on Mars.

The engineers managing the mission from the ground at NASA’s Jet Propulsion Laboratory in Southern California have jokingly said that the landing will be “seven minutes of terror”. Before all the focus shifts to the landing event, here are five things you should know about the mission.

# The Perseverance rover lifted off from Kennedy Space Centre on July 30, 2020. It took the spacecraft more than six months to reach Mars’ orbit. This period was chosen to take advantage of the proximity between the two planets which opens every two years. After landing on Mars, the rover will stay there for one-Mars year that is equal to 687 days on Earth.

# What makes this landing extremely difficult is the rough terrain of the Jezero crater. The difficulty level was the main reason why no such landing was attempted by anyone before. The 45km-wide crater is filled with steep cliffs, sand dunes, and boulder fields. Scientists believe that it was home to an ancient river.

# The landing is the trickiest part of this mission. The spacecraft will enter Mars’ atmosphere at nearly 20,000 kmph which will lead to temperatures soaring up to 1,300-degree Celsius. Under extreme temperatures, the aeroshell will keep the rover safe and at room temperature.

Once the parachute is out, after 20 seconds the radar equipped with Terrain-Relative Navigation technology will come into play in finding a safe landing spot. Finally, the retrorockets will fly the rover to the landing site. It will be followed by getting lowered to the ground using cables.

The landing event can be watched live on NASA’s Youtube channel. It will take 11 minutes and 22 seconds for signals to travel from Mars to Earth containing news of the mission’s progress.

# This time around there is an Ingenuity Mars Helicopter onboard too which will collect samples from places where the rover could not reach.

“A small but mighty robot” as per NASA is the first aircraft sent to any planet in the history of space travel which is the US space agency’s attempt at a “powered, controlled flight”. The helicopter is dependent on the Perseverance rover for landing on Mars as it will be attached to its belly. It has been made and tested to fly in harsh temperatures of Mars which has just one per cent of Earth’s atmosphere density.

# The real work for Perseverance team on the ground will begin when the rover lands successfully. A thorough inspection will take place and new flight software will be loaded on it to prepare it for the journey ahead which will take more than a month. When the mission begins and the rover explores the surface of Jezero crater, it will collect rock samples to bring back to Earth and search for any signs of ancient microbial life on the planet. These samples will also help scientists understand the planet’s geology and past climate.