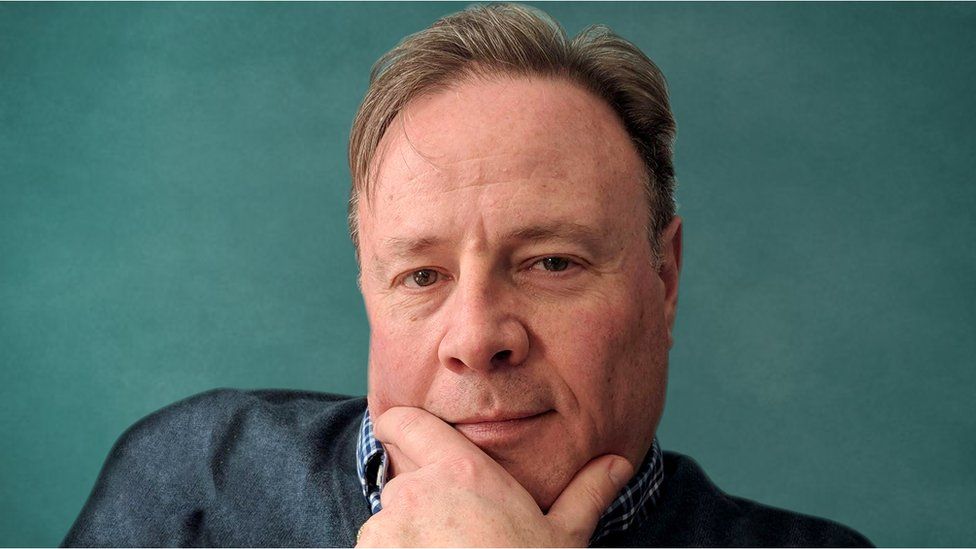 Thomas Capone enjoys attending conferences where he can meet other tech-savvy entrepreneurs face-to-face.

The boss of the New York Distance Learning Association always takes advantage of the opportunity to expand his network of contacts.

“To bond with other people in your space, that’s always great,” he says. “Conferences are a rich environment to connect with people.”

But when lockdowns rippled across the world in 2020, conferences, trade shows and conventions were forced to shut down their physical events and either cancel them outright or provide an online version where attendees could view talks and panel discussions.

So Mr Capone signed up for Collision at Home, an online format of the popular tech and startup conference Collision, which he had previously attended in person in New Orleans.

And he found some positives. With the video-streaming version, he says he enjoyed “watching archived talks because there are so many simultaneous sessions going on and I can’t be everywhere, even online.”

Conferences like Collision – which had long used specialist software to complement its physical events – were able to go fully online during the pandemic to maintain the momentum of their annual events. Now many of those events are planning to return to their physical spaces.

But digital innovation has allowed the sector to adapt – and hybrid conferences, with both in-person and online options, could soon become the norm.

The Collision at Home 2021 conference was attended by more than 10,000 people, says chief executive Paddy Cosgrave, whose other conferences include Lisbon-based Web Summit and RISE, which will take place in Kuala Lumpur in March 2022.

“We know the purpose of conferences is to meet each other,” Mr Cosgrave says, “which is why we wanted to create software to allow for those quality interactions to continue.”

His team developed an app called Mingle that uses an algorithm to pair attendees with each other in three-minute speed networking sessions, or with speakers ranging from actor and entrepreneur Seth Rogen to Microsoft president Brad Smith.

“This acts as a bridge back to reality,” says Mr Cosgrave.

The next Collision is in Toronto in June 2022, and Mr Cosgrave says it will be “fully in-person”.

But, as they return to in-person events, he says they will continue to use this software “to facilitate networking in our apps prior to the event, helping attendees to organise meetings and connections before landing in Toronto”.

Abpco’s members work for associations and not-for-profit charities, including Macmillan Cancer Support and the Royal College of Physicians.

Ms Lishman says: “The virtual arena has worked well for ensuring education continues, research is shared and in many instances has attracted a greater reach of delegates that could not ordinarily attend in-person, thus increasing income and knowledge sharing.”

However, she adds: “There are some elements that delegates miss, particularly around the networking and the serendipity of deeper conversations with other attendees.

“It has also been more challenging for sponsors and exhibitors to achieve the engagement that they would have usually experienced.”

The Food and Drink Expo and its sister conferences including Farm Shop and Deli and National Convenience Show, had planned to return to NEC Birmingham this month, welcoming back more than 30,000 food retailers and buyers.

Andrew Reed, managing director of Exhibitions at William Reed, the firm responsible for the events, says they looked at government data on Covid cases and at how the UK’s vaccine rollout was progressing, before going ahead.

But in early June, it postponed the shows until 2022 after Birmingham City Council advised that there should be “minimal travel in and out of Birmingham”.

“As a result, the exhibitors would have nowhere to stay thus making it impossible to run the show,” says Mr Reed.

He describes the exhibitors’ disappointment as “palpable”.

And he adds: “We are very disappointed as we ran Low2No Beverage Show on 9 and 10 June in London, adhering to all the restrictions put in place by the government.”

During the pandemic William Reed held more than 100 conferences and awards online rather than hosting them face-to-face. It plans to run hybrid events in the future, though the online element will not necessarily take place at the same time as the live event.

Mr Reed says online’s “pick up” has been greater because of the pandemic, and it has the advantages of reaching more people combined with a “significantly reduced” environmental impact through travel.

But he points out it can be difficult to form an effective relationship online “when you can’t really look at someone in the eye, and trade shows are all about relationship-building”.

At Four Seasons Hotels and Resorts, 70% of its property portfolio was closed at the peak of the pandemic in 2020, according to Ben Trodd, senior vice president for sales and hotel marketing.

Since then demand for its conference rooms has shot up.

“The Four Seasons brand is viewed with a high level of trust and that enables us to communicate to our visitors how we’re going to ensure they are in a safe environment,” says Mr Trodd.

But for those still wary of in-person events, Four Seasons will continue to offer hybrid meetings, which allow conference organisers to host keynote addresses or panel talks in a conference room and broadcast their events to a wider audience.

It’s not only attendees and organisers who have some reservations about not meeting people face-to-face.

Speakers at popular events such as TED Talks also had to adapt when Covid forced the surge in recorded presentations.

Ariel Waldman, a Nasa advisor and Antarctic explorer, is invited to 15-25 events a year to discuss her work, but in 2020 she had to record her TED Talk.

The experience allowed her talk to reach more people but she says it lacked the energy of an in-person event.

“I’m pleased with how it turned out but I didn’t get that immediate appreciation from an audience – I didn’t have those moments when people come up to me to say how much they liked my talk.”

Despite the fact that virtual conferences enabled the events industry to keep going, physical get-togethers are not about to disappear, .

Abpco’s Heather Lishman says the industry is “in a state of flux”.

“Some fully in-person events are already scheduled, others are choosing a blended approach. It depends a lot on the attitude to risk and whether the conference is national or international.

“There will not be one solution for all, it will very much be bespoke per event.”

Back in New York, the Distance Learning Association’s Thomas Capone says that the future of meetings and events will be hybrid: “You cannot replace the power of a handshake, or a hug. There is just something about human touch that is in our DNA.

“After the Covid lockdown, what was the first thing you did with a friend or relative? Give them a hug.

“Humans crave touch, you cannot get that from a 100% virtual experience.”