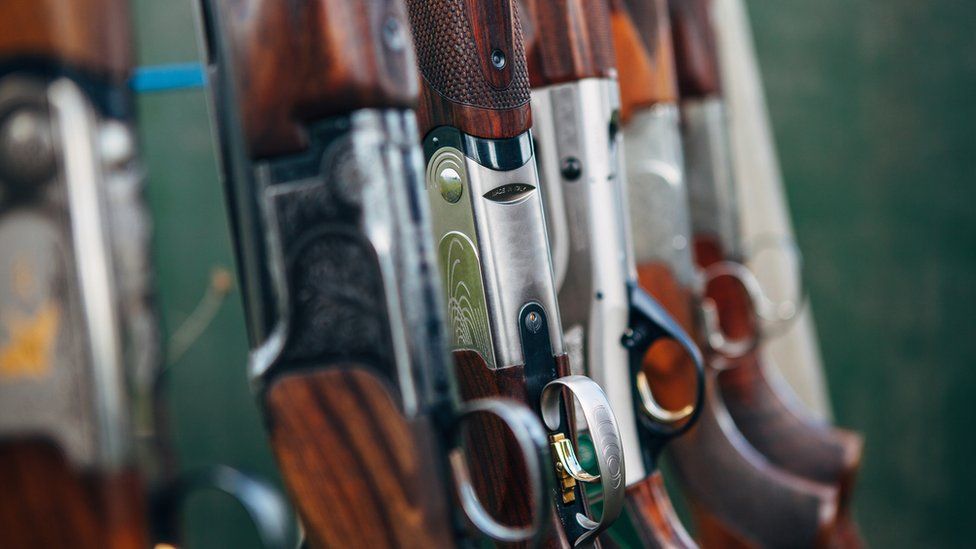 Thousands of names and addresses belonging to UK customers of a leading website for buying and selling shotguns and rifles have been published to the dark web following a “security breach”.

Guntrader.uk told the BBC it learned of the breach on Monday and had notified the Information Commissioner’s Office.

Police, including the National Crime Agency, are investigating.

One affected gun owner said he was afraid the breach could lead to his family being targeted by criminals.

Gun ownership is tightly controlled in the UK, making guns difficult to acquire, and potentially valuable on the black market.

The individual, who did not wish to be named, told the BBC the breach “seriously compromises my security arrangements for my firearms and puts me in a situation where me and my family could be targeted and in danger”.

Guntrader.uk said around 100,000 customer records were stolen but “no information relating to gun ownership or the location of firearms was taken”.

Nevertheless, the stolen data will include many people who do own firearms, and shooting organisations are urging caution.

The British Association for Shooting and Conservation (BASC) is urging its members “to be vigilant around home security” following the breach.

In a statement published on its website, it said personal data had been listed on “on a hackers’ website”.

“Our advice to members would be to check home security and be extra vigilant. Make sure all firearms are appropriately locked away and make sure buildings are kept secure”, it wrote.

The investigation into the breach is being led by the South West Regional Cyber Crime Unit (SWRCCU).

It is being assisted by the National Crime Agency who told the BBC: “We are working closely with the organisation [guntrader] and the SWRCCU to better understand the incident and manage any potential impact.”

Police reiterated security advice to shotgun owners, and urged that they report any suspicious activity.

The BASC told the BBC that gun laws require firearms to be securely locked away when not in use, adding that the majority of police forces will come out and check your security arrangements prior to granting a firearms certificate.

Guntrader’s Simon Baseley told the BBC it had advised users to be vigilant, and was working closely with relevant agencies to mitigate the impact.

He said it was the first time in 20 years an attempt to bypass the firm’s security had succeeded.

“All the indications currently are that the breach was neither political nor commercial as there has been no attempt to extort money from either guntrader.uk or its users, or make other capital from the theft,” he added.