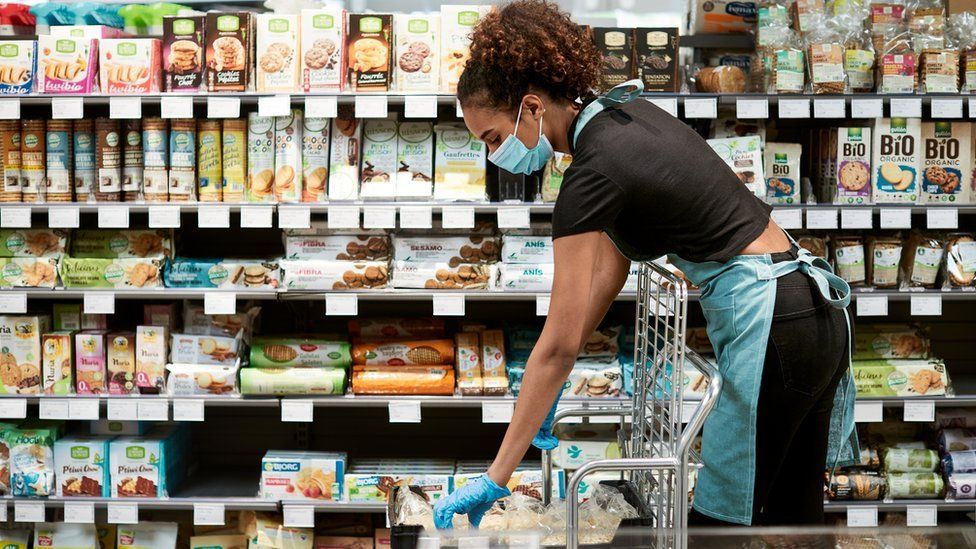 Shops are facing increasing pressure as they try to keep shelves stocked, with rising numbers of staff self-isolating, the British Retail Consortium has said.

It said ministers needed to “act fast” and allow fully vaccinated retail workers or those who had tested negative for Covid to go to work.

The government says it is crucial people isolate when asked do so to stop the spread of the virus.

Andrew Opie, director of food and sustainability at the British Retail Consortium, said the increasing number of workers being told to isolate by the NHS Covid App was “putting increasing pressure on retailers’ ability to maintain opening hours and keep shelves stocked”,

He called for retail staff and suppliers to be allowed to go to work if they are double vaccinated or test negative for Covid “to ensure there is no disruption to the public’s ability to get food and other goods”.

“With community cases soaring, the number of healthy retail staff having to self-isolate is rising fast, disrupting retail operations,” he added.

Supermarket chain Iceland said around 1,000 employees – almost 4% of its staff – were currently absent for Covid-related reasons, with the north of England most affected.

It said the shortage of workers affected products that needed more labour to produce, meaning those lines would be cut first.