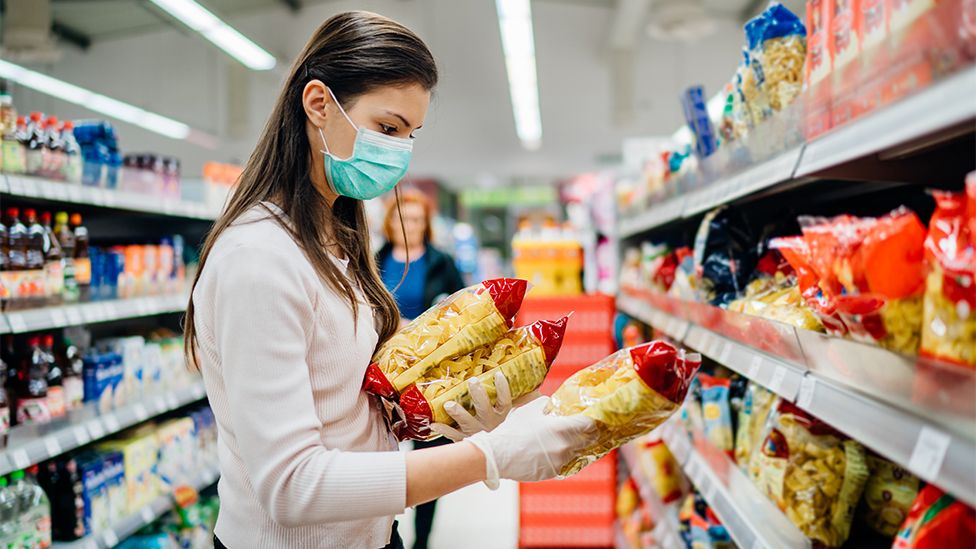 The boss of Iceland has said there is no need for people to start panic buying, but has warned that the rising number of retail workers being forced to self-isolate risks shutting shops.

While there were “some availability issues”, he said, “our supply chains are resilient”.

But he said the government must make retail staff exempt from isolating.

Iceland, M&S and other businesses said growing numbers of staff have been “pinged” by the NHS Covid-19 app which means they have to self-isolate for 10 days. Businesses want people who have been double vaccinated or have daily tests to be able to return to work.

However, the government says it is crucial people isolate when asked do so to stop the spread of the virus.

The Co-op said it was “running low on some products”. It added: “Like many retailers, we are impacted by some patchy disruption to our deliveries and store operations but we are working closely with our suppliers to get re-stocked quickly.”

Iceland’s Mr Walker told the BBC’s Today programme: “There is certainly no problem with supply of stock and there’s absolutely no need for people to panic buy.

“We certainly don’t want to go back to the dark days of April 2020 because panic buying is only an option for those who can afford it and it often means that others go without.”

But he said “the people who should be panicking are the government” because of the growing number of workers being “pinged” by the NHS app.

“That could get a lot worse a lot quicker unless the track and trace system is sorted out,” Mr Walker said.

The British Retail Consortium (BRC) said ministers needed to “act fast” and allow fully vaccinated retail workers or those who had tested negative for Covid to go to work.

Andrew Opie, director of food and sustainability at the BRC, said the increasing number of workers being told to isolate by the NHS Covid App was “putting increasing pressure on retailers’ ability to maintain opening hours and keep shelves stocked”.

He called for retail staff and suppliers to be allowed to go to work if they were double vaccinated or tested negative for Covid.

But Mr Selley said it was unclear how to apply to the government to get exemptions for Bidfood workers. “We are taking the view that our staff were critical workers during the first three lockdowns so we are critical workers – I can’t see how [food] supply wouldn’t be a critical part of the economy.”