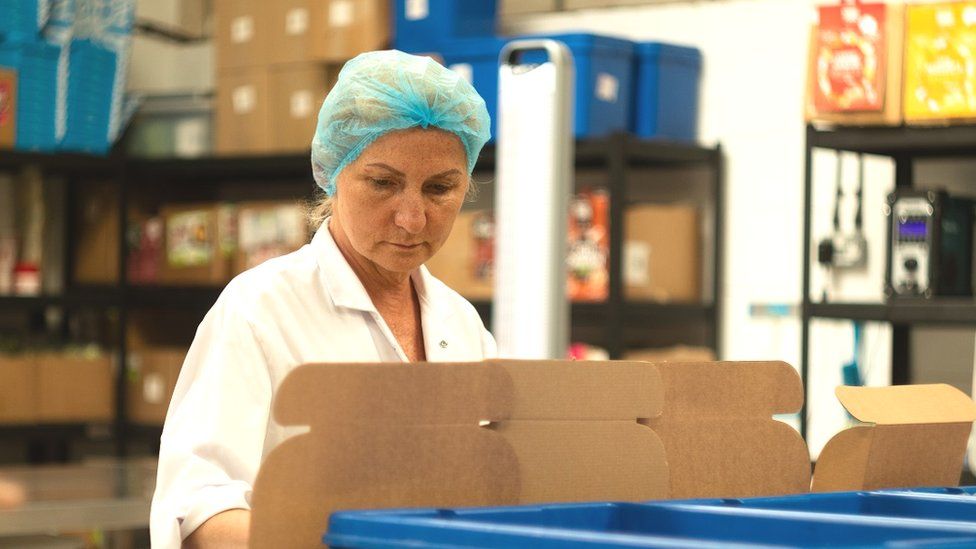 “At Bakedin we work four-day weeks because it makes our staff more motivated,” says CEO and founder Joe Munns. “It also gives us a really powerful recruitment and retention tool for the business.”

Bakedin, which is based in Basingstoke in Hampshire, makes home baking kits and cake mixes. It saw sales soar thanks to the baking craze during the Covid lockdowns.

Joe has put his 40 workers on a four-day week since he started the firm in 2013. He was working for the computer giant IBM at the time and running the company as a weekend pursuit.

“When I was at IBM, I actually compressed my hours down to a four-day week,” he says. “So I had Fridays free when I could work on Bakedin, which was my pet project at the time.

“I figured it was my business, so I could do what I liked and took that opportunity to start the business with a four-day week. So we have the normal working week of Monday to Thursday – then everyone gets those three days off.”

Because there is still some business to do on Fridays, such as dealing with customer enquiries, some of Bakedin’s office workers volunteer to work on Fridays and take their third day off at some other point in the week.

Bakedin staff put in nine-and-a-half-hours on the four days they are at work. Joe says they get more done this way than if they were at work five days a week.

“When we are together, we just find that we’re more productive. We get more done this way, because we don’t get that tired, Friday feeling.”

There are other benefits of putting staff on a four-day week. Bakedin is in the food industry, which has a very high turn-over rate for staff. This means businesses are often short-staffed and managers must spend large amounts of time attracting and interviewing new recruits.

“Every year, some 30% of employees in the food industry leave their jobs,” says Joe. “But at Bakedin, our staff turnover rate is under 5%. So a four-day week is an excellent way of retaining staff and keeping them loyal.”

Many firms and countries have started experimenting with four-day, rather than five-day weeks, because it reduces the risk of staff “burning out” and improves their work-life balance. Unilever is trialling the scheme at its offices and plants in New Zealand. Iceland’s national government and Reykjavík City Council have put 2,500 public sector employees on a four-day week.

Joe Munns says biggest single advantage of a four-day week for the owners of start-ups is that it is a big selling point when they first advertise for workers.

“When you’re starting a business, when you can’t necessarily pay the high salaries that the bigger companies do, being able to dictate the working hours is something that you have completely in your control.

“The most important aspect of it is that ability to offer something unique and interesting to new staff. Then also, once you have built a team, it gives them something that they find really valuable that might not be monetarily related.”