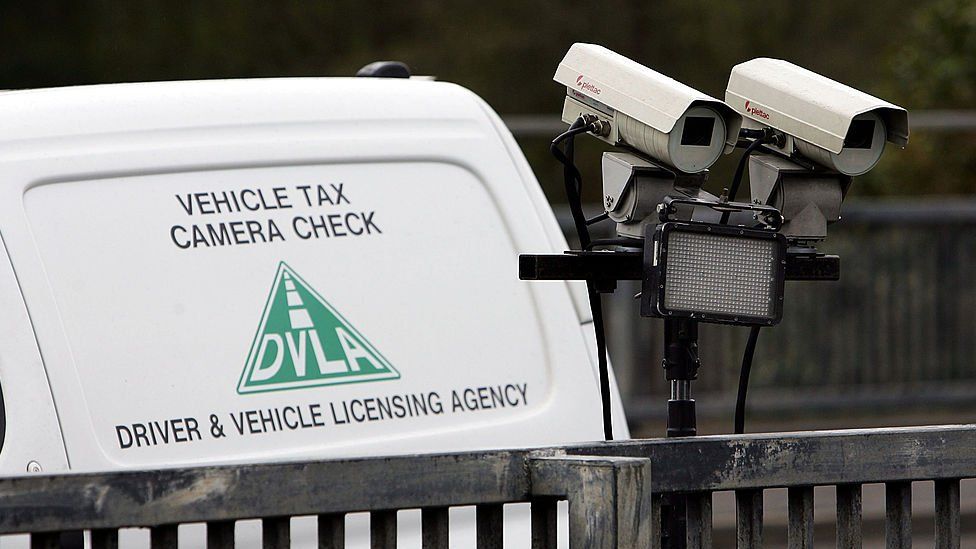 Decisions made by managers at the DVLA driving licence body have meant a “catastrophic” processing backlog of 1.4 million cases, a union says.

Mark Serwotka, head of the Public and Commercial Services union, said if staff were allowed to work from home the backlog could be reduced.

He told Transport Committee MPs other members of the civil service “were tearing their hair out” at the DVLA.

He said it is a “stain” on the reputation of the civil service.

Mr Serwotka said the DVLA are “refusing to engage in a proper discussion.”

“In 21 years [in this role], I have never encountered the level of incompetence and mismanagement that is on display at the DVLA in Swansea,” Mr Serwotka told the MPs on Wednesday.

“The tragedy of that is not just that public are suffering. Our members, many of whom are quite lowly paid and very stressed at work, are bearing the brunt of this.”

Mr Serwotka said there had been 643 Covid cases and one fatality at the DVLA during the course of the pandemic and that there are serious risks to staff health and safety because of its actions.

Sarah Evans, the DVLA branch chair at PCS, said that staff are worried as they can see cases rising on site, but that they have been told not to complain.

“Our work site is very different because there is a high volume of staff in a small area,” Ms Evans told the committee.

The union wants more staff to be able to work from home to be able to allow for better social distancing in the offices and to allow those isolating at home to still continue to be productive.

It said other departments had been able to deliver remote working.

“We believe that if the Department of Work and Pensions can deal with three million universal credit claims, if HMRC can deliver furlough scheme, if we have workers in the Home Office, Ministry of Justice, devolved nations, working from home, handling in some cases much more secure data, so could the DVLA,” said Mr Serwotka.

“We know there can’t be a security issue in the DVLA that’s not the same in the rest of the civil service.

“Weeks and weeks of productivity have been lost by stopping staff working from home,” said Ms Evans. “There’s no doubt at all that we would not be in situation we are in… had we been given the capability.”

“A six week wait is not the end of the world, but I don’t know if that will turn into a six month wait. Until then, I can’t make plans.”

Ms Fairley applied for a replacement driving licence in order to hire a car to visit family in Buckinghamshire and Berkshire with her daughter.

She says she has attempted to reach the DVLA around 30 times, but has only been able to speak to an operator once. On other occasions, she says she was directed to an automated message that then ended the call, and on the website, her request is labelled as being “in process”.

A DVLA spokeswoman told the BBC: “Our contact centre is open during business hours but there are significant delays in contacting us due to ongoing social distancing requirements in Wales which means that we have fewer staff than usual on site at any one time.

“We understand this is causing frustration for our customers and we are sorry for the inconvenience.”

She added that demand is currently “very high” and staff are working “extremely hard” to answer customer queries.

Mr Serwotka added that although it believed there was a lack of investment in technology, the union had been told that it was also because the DVLA was concerned about trust and supervision of staff.

The PCS and the DVLA are currently in an industrial dispute that has seen targeted strike action since April where staff in different departments have walked out for a few days at a time.

The PCS said that it negotiated a deal after months of discussions that would protect the health of workers and provide respite and recognition of what they had done over the last few months.

It said that the agreement was withdrawn on 1 June without an explanation. Baroness Vere of Norbiton, Minister for Roads, Buses and Places, told the committee that the government and DVLA estimated that 400,000 of the backlog is due to the industrial action and that that they were being ‘held to ransom’ by the PCS union.

She said that while the industrial action was undertaken about covid safety, that it was not right that PCS were introducing a bonus and holiday request to end the strikes, and that it was likely that the strike could be settled “if they took requests for holiday and bonuses off the table”.

DVLA’s chief executive Julie Leonard told MPs it was advisable for people to do their applications online where possible. Paper documentation can take six to 10 weeks, whereas online processing can be sorted “in days”, she said.

She added: “We have taken staff safety incredibly seriously at every point in this. Had it been easy to have more people working at home, we would have done it.

“Staff safety really has come first. It will still come down to if we are receiving 60,000 items of mail, we will still need people on site to open and process those items that are arriving each and every day and that’s a real challenge for us.

“We are exploring every single option to see how we can increase the numbers who work from home. We are conscious of resilience should this be a difficult winter.”